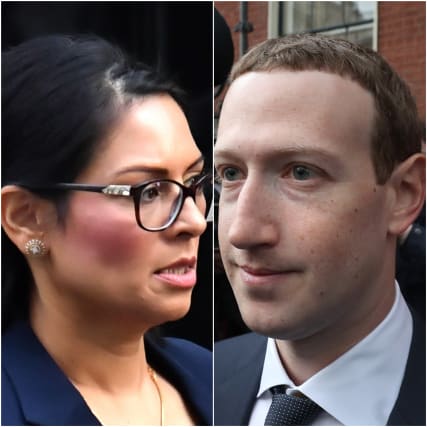 The Home Secretary has said she fully supports growing pressure on Facebook for it to rethink encryption proposals.

Priti Patel has been one of the voices to express concern over the plan, amid fears it could prevent child abusers and terrorists being caught.

On Thursday, the NSPCC and more than a hundred other child safety organisations and experts wrote to chief executive Mark Zuckerberg, asking for assurances that children’s safety will not be compromised.

“Following my letter to Mark Zuckerberg, I met with Sheryl Sandberg and emphasised that Facebook’s encryption plans cannot be allowed to hamper their ability to protect young people from paedophiles online.

“We have also submitted detailed evidence to the US Senate about these concerns.

“I fully support the continued efforts of the NSPCC and children’s charities around the world to engage Facebook on this issue.”

Facebook has responded to the group of organisations, saying protection of young people is “critically important” and that it is “committed to building strong safety measures” into its plans.