Domino’s warns over writedowns as it posts sales hike 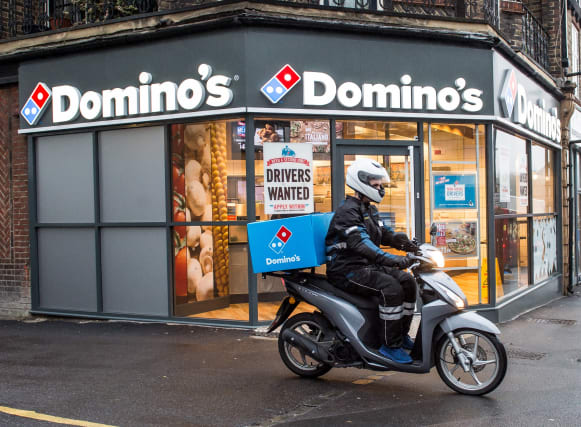 Domino’s Pizza has served up a sales hike for the last three months of 2019, but warned of writedowns of up to £60 million for the full year.

The British arm of the group said UK underlying like-for-like sales grew 3.9% over the 13 weeks to December 29, with online sales up 8.3%.

But it said UK comparable sales including stores opened near another outlet – so-called split territories – rose by a more muted 2.6%.

Domino’s said its under-pressure directly-owned international business – which is being sold off as it beats a retreat from foreign markets – is expected to tumble to an operating loss of around £20 million in 2019.

Domino’s also revealed full-year results are set to see a hit of around £20 million in impairment charges for corporate stores and up to £40 million for its international business.

The group said it is prioritising the sale of its hardest-hit overseas division in Norway, which is suffering “significant” losses, and will look to offload businesses in Sweden, Switzerland and Iceland next.

“We are focused on securing the best possible terms for shareholders and are working closely with Domino’s Pizza Inc throughout,” the group said.

The update showed that international sales fell 1.4% in local currencies over the fourth quarter.

Domino’s gave assurances that the overall business is on track with market expectations for earnings of £103.4 million for 2019.

Chief executive David Wild said: “I am pleased with the performance of our core UK and Ireland markets, with system sales up 4.4% and UK like-for-likes up 3.9%, against a strong comparative and a competitive backdrop.

“This performance was driven by the power of our brand, our strong digital capabilities and the operational expertise of our franchisee partners.”

The disposal of the international business will allow the firm to refocus around its UK and Ireland operation, which also faces challenges as a dispute with store operators drags on.

Domino’s said in its update that the row is “ongoing” and warned that it expects a resolution to “take time”.

Mr Wild added that the group is “well advanced” in the hunt for a new chief financial officer after David Bauernfeind tragically died in a snorkelling accident while on holiday with his family in Mauritius.