David Cameron: Why I turned down climate change role 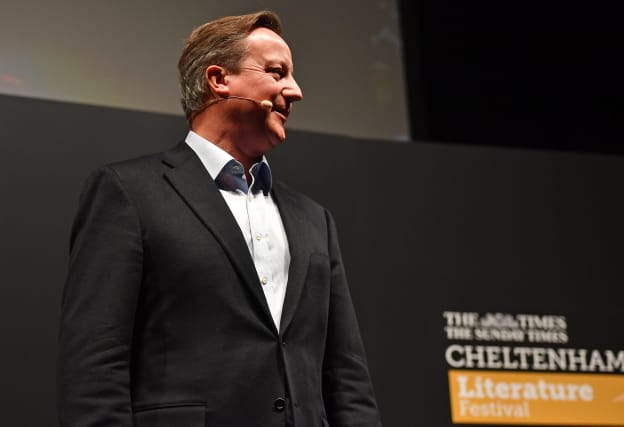 Former prime minister David Cameron has rejected an offer from Boris Johnson to return to international politics in a role leading the UK's preparations for this year's UN climate summit.

The current PM asked Mr Cameron to be the president of the COP26 summit being held in Glasgow later this year.

But Mr Cameron said the position should be filled by a Government minister and also said he was focused on other commitments, including a major charity role.

According to the Times, former Tory leader Lord Hague was also sounded out for the presidency but turned it down.

Mr Cameron said: "It was an honour to be asked to do that job and I'm very grateful to have been asked.

"But I think it's best in these situations if you have a Government minister doing the job; you then have one line of command rather than, perhaps, two people doing the same thing."

Since leaving Downing Street, Mr Cameron has had a series of lucrative media and speaking engagements and is also the president of Alzheimer's Research UK.

Speaking to the BBC, he said there are "a lot of things I have already agreed to do this year, not least the work I do for Alzheimer's Research UK, so I thought it was important that I carried on with that work".

"But I wish the Government well, I wish this climate change conference well, because it's absolutely vital.

"I'm sure that there will be a Government minister, or someone, who will be able to do the job and do it very well. The Government has my backing as they go forward."

Asked about his relationship with Mr Johnson, Mr Cameron declined to answer.

The Government's failure to secure a high-profile name to lead the COP26 preparations comes after Claire O'Neill was sacked from the role and responded with a scathing attack on the Prime Minister.

The Government said the post would be a ministerial role in future.

The UN climate talks, to be held in Glasgow in November, are the most important since the Paris Agreement to curb global warming was secured in 2015.

Countries are expected to deliver more ambitious domestic plans for cutting greenhouse gases by 2030, as current proposals are not enough to prevent dangerous temperature rises.

Pressure is also on countries to set out long-term plans for cutting emissions, with the science now clear that the world must reduce greenhouse gases to zero in a matter of decades to avoid the worst impacts of climate change.

The run-up to the talks will require a major diplomatic effort from the UK to secure ambitious climate action from countries – at a time when Britain is also negotiating trade agreements with the EU and other nations.

To mark the launch of COP26, the Government announced a consultation on bringing forward a planned ban on the sale of new petrol and diesel vehicles from 2040 to 2035 – and earlier if feasible.

The ban will also include hybrid vehicles for the first time.

But as figures released on Wednesday showed demand for new cars fell by 7.3% last month, the automotive industry hit out at the plan.

Society of Motor Manufacturers and Traders chief executive Mike Hawes said: "Consumer confidence is not returning to the market and will not be helped by Government's decision to add further confusion and instability by moving the goalposts on the end of sale of internal combustion engine cars."