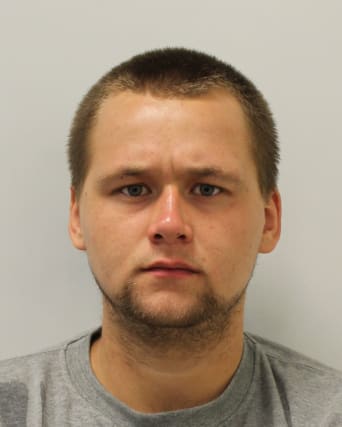 A 23-year-old burglar is facing a life sentence after he changed his pleas part-way through a trial, admitting sexually assaulting and murdering a vulnerable 89-year-old woman in her own bed.

Reece Dempster’s brutal attack on  “independent” Dorothy Woolmer was described by police as “one of the most disturbing” officers had ever encountered, with the 6ft 3in intruder inflicting multiple injuries on Mrs Woolmer’s tiny frame.

Such was the extent of the depravity that at least one juror appeared visibly disturbed as details of the crime were read out during the trial at the Old Bailey.

Dempster asked to re-enter his pleas on Wednesday, the third day of the trial, admitting murder and two counts of assault by penetration.

Prosecutors declined to proceed with a further count of rape.

In a statement after the case, Mrs Woolmer’s family said: “Dot was a wonderful, full-of-life, beautiful woman.

“The events surrounding Dot’s death have brought extreme amounts of heartache and stress to our entire family.

“She was taken from us in such a cruel way.

“The only thing for the family now would be a severe sentence for this man in order to prevent him from being able to do this to another family.”

He will be sentenced on Thursday.

The court heard Mrs Woolmer, who was just 4ft 11in tall and had osteoporosis, suffered severe injuries to her head and groin area after being attacked by Dempster at her home in Waltheof Gardens overnight between August 3 and 4 last year.

Dempster spent around seven hours in Mrs Woolmer’s home after breaking in through a back door under cover of relative darkness, arming himself with a truncheon he found in the elderly victim’s downstairs cupboard while looking for cash.

He fled the scene the following morning, vomiting several times on the way.

He later told his former partner Nikita Richards he “only got a hundred quid – it wasn’t even worth it”.

Mrs Woolmer’s lifeless and bloodied body was found, semi-naked, in her bed by her sister and a close friend who were concerned when the pensioner failed to answer the door for her morning newspaper.

Outlining the case on Monday at the start of what was intended to be a three-week trial, prosecutor Anthony Orchard QC told jurors how Dempster had carried out some gardening work for the victim the previous month and returned to burgle it.

“He had ‘cased the premises’,” Mr Orchard said.

“He knew a vulnerable elderly lady lived there.

“CCTV evidence that evening indicates he may have been drinking but he clearly knew what he was doing.”

Dempster later said he was just “blacked out” during the attack, having drunk gin and smoked crack, and was only aware of what he had done when he switched on a light.

Mr Orchard told jurors: “He went there for money and came back with it. He knew exactly what he was doing.

“Tragically Dorothy Woolmer was killed due to Reece Dempster’s need to feed his lust for drugs and alcohol.”

Dempster was remanded in custody ahead of sentencing.

Speaking after the case, Detective Inspector Garry Moncrieff said: “This case was one of the most disturbing I have ever encountered.

“Even the most experienced officers were shocked at the extent of the violence and the depth of the defendant’s depravity.

“How someone could perpetrate such vile acts on a lone and vulnerable elderly woman is beyond my comprehension.

“Dorothy Woolmer was a proud and independent woman and to have her life ended by this man’s monstrous acts is beyond tragic.”