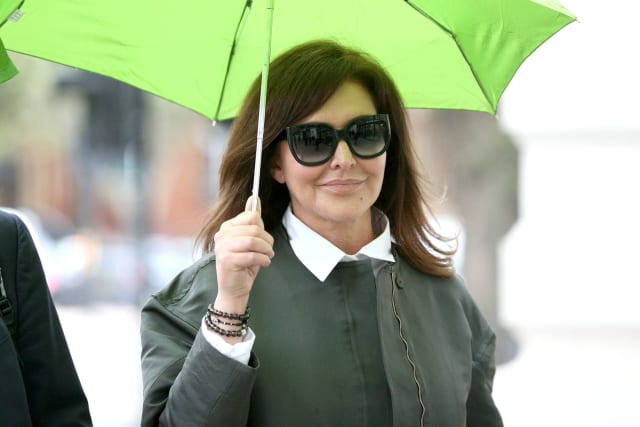 The wife of a "fat cat international banker" has lost her challenge over the UK's first unexplained wealth order (UWO) at the Court of Appeal.

Zamira Hajiyeva, who spent more than £16 million at Harrods in a decade, attempted to overturn a UWO obtained by the National Crime Agency (NCA) against a property in Knightsbridge, central London, which was purchased for £11.5 million in 2009 by a company incorporated in the British Virgin Islands.

Her husband, Jahangir Hajiyev, was the chairman of the state-controlled International Bank of Azerbaijan from 2001 until his resignation in 2015, and was later sentenced to 15 years' imprisonment for fraud and embezzlement.

Mrs Hajiyeva, 56, argued that her husband's conviction, which she says was "the central feature" of the NCA's application for the UWO, was the result of a "grossly unfair trial" and should be discharged.

Lord Burnett added that Mrs Hajiyeva's application for permission to appeal against the court's judgment had been refused.

In a statement after the ruling, Sarah Pritchard, director of the NCA's National Economic Crime Centre, said: "This is a significant result which is important in establishing unexplained wealth orders as a powerful tool helping us to investigate illicit finance generated in, or flowing through, the UK.

"As a new piece of legislation we anticipated that there would be legal challenge – we are pleased that the court has upheld the case today. It will set a helpful precedent for future UWO cases."

Andy Lewis, head of asset denial at the NCA, added: "Unexplained wealth orders, and other asset denial tools such as account freezing orders, are hugely powerful tools that are enabling us to investigate illicit finance and discourage it happening in the first place.

"We will continue to seek opportunities to use these orders to tackle illicit finance and fight serious and organised crime."

Mrs Hajiyeva was the first person to be made subject to a UWO, a new power brought into force in January 2018 under so-called McMafia laws – named after the BBC organised crime drama and the book which inspired it.

A UWO allows the NCA to seize someone's assets if they believe the owner is a politically exposed person (PEP) – someone from outside the European Economic Area in a position of power that makes them liable to bribery or corruption – and they are unable to explain the source of their wealth.

At a hearing in December, Mrs Hajiyeva's barrister James Lewis QC argued that Mr Hajiyev's conviction was a "flagrant denial of justice".

He submitted that Mr Hajiyev was not a PEP, and said the NCA had "seriously mischaracterised" Mr Hajiyev's job by describing him as a "government official" as the International Bank of Azerbaijan was not a "state-owned enterprise".

The court added: "The evidence was clear that the (Azeri) state had more than a 50% shareholding in the bank.

"On the facts of the case, the judge was entitled to conclude that it had ultimate control, and consequently Mr Hajiyev was a politically exposed person, being a person who had been entrusted with a prominent public function as a member of the management of a state-owned enterprise."

Mr Lewis had also argued that the High Court was wrong to rely on Mr Hajiyev's conviction, which he said followed a "grossly unfair trial" in Azerbaijan.

But the Court of Appeal found that "Mr Hajiyev's conviction for fraud and embezzlement was only one of the strands relied on" by the NCA.

It stated that the NCA had also relied on "evidence of Mr Hajiyev's status as a state employee and the unlikelihood that, as such, his legitimate income between 1993 and 2015 would have been sufficient to generate funds used to purchase the property".

The judgment added that an August 2011 report from Werner Capital "which was intended to show that Mr Hajiyev was a 'high-net worth individual' with an assessed net worth of over 72 million US dollars" had in fact "posed more questions as to the source of his wealth than it answered".

In a High Court ruling in October 2018, dismissing Mrs Hajiyeva's initial attempt to overturn the UWO, Mr Justice Supperstone said that "three separate loyalty cards were issued to Mrs Hajiyeva" by Harrods, where she spent more than £16 million between September 2006 and June 2016.

Court documents later released to the media revealed that Mrs Hajiyeva blew £600,000 in a single day during a decade-long spending spree.

The NCA subsequently seized jewellery worth more than £400,000 from Christie's over suspicions about how the items were purchased while the auction house was valuing the jewellery for Mrs Hajiyeva's daughter.

In September, Mrs Hajiyeva fought off an attempt to extradite her to Azerbaijan to face fraud and embezzlement charges on the grounds that she would not get a fair trial.