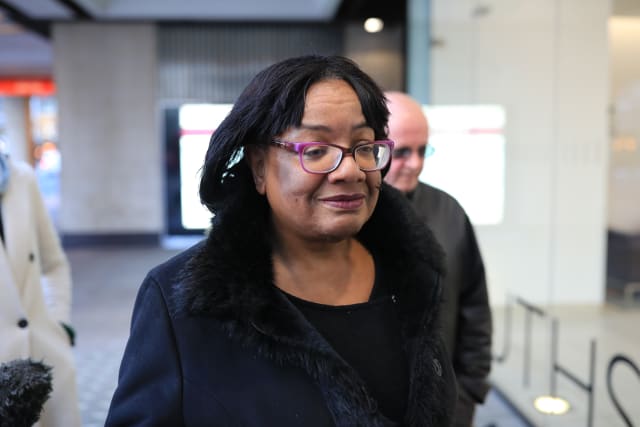 Diane Abbott has been branded "ridiculous" by a union boss after she suggested it was unlikely a former general could have been bullied by John Bercow.

The shadow home secretary came to the defence of the former speaker, who has been involved in a public row with Lieutenant General David Leakey, who held the post of black rod in Parliament.

Ms Abbott claimed Lt Gen Leakey's extensive military service meant it was unlikely he could have been bullied by Mr Bercow.

"He had been a Lieutenant General who served in Germany, Northern Ireland and Bosnia," she said.

"But claims he was bullied (i.e. intimidated and coerced) by John Bercow. Unlikely."

But Dave Penman, general secretary of the FDA union which represents senior civil servants, mocked Ms Abbott's comment and said she had a "complete failure to understand" the abuse of power in the workplace.

"What a ridiculous comment from an experienced MP, demonstrating blind political partisanship and a complete failure to understand how power is abused in the workplace."

Lt Gen Leakey, who served as black rod until 2018, stood by his claims that Mr Bercow "brutalised" staff after the former speaker dismissed them as "total and utter rubbish".