‘Vulnerable people’ among up to 50 on Jamaica deportation flight – charity 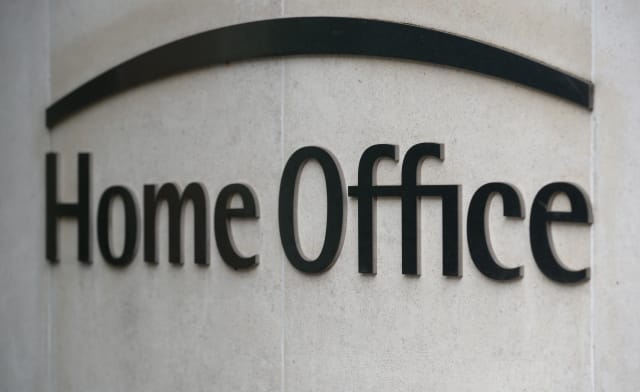 Potential victims of trafficking and very vulnerable people are among those due to be deported to Jamaica next week, according to a charity.

The Joint Council for the Welfare of Immigrants (JCWI) said the Home Office’s planned charter flight from the UK to Kingston on February 11 will have capacity for up to 50 people.

An MP has called for the flight to be suspended until the publication of the lessons-learned review following the Windrush scandal.

In a parliamentary briefing, the JCWI said: “Many of those facing deportation have been residents in the UK for decades and have close family ties.

“We often see people who are as British as the schoolmates they grew up with being deported for minor crimes like possession of cannabis.

“Their school friends caught up in the same folly are chastened with a short sentence and allowed to rehabilitate; while they face a life sentence away from friends and family in a country they never knew.

“We have become aware that potential victims of trafficking have also been served with RDs (removal directions), and we have concerns that some of these may be victims of county lines exploitation.

“We’re also concerned that there are a number of very vulnerable individuals who have not been adequately assessed for their fitness to fly, despite presenting with serious medical conditions.”

Concerns have also been raised about the phone signal being down in the Heathrow detention centres, causing difficulties for people wanting to contact their solicitors or organisations that assist with referrals to solicitors.

Bella Sankey, director at human rights charity Detention Action, which supports people held in immigration detention, told the PA news agency: “We call back our clients really regularly to maintain in contact and understand if there have been developments in their case, so for example if they’ve been issued with a removal direction.

She added: “We’ve had 30 clients that we’ve not been able to make contact with over the last couple of weeks.”

Detention Action has issued a legal challenge over the issue, seeking to compel the Home Office to issue alternative SIM cards and to ensure that anyone facing removal is given adequate time to access legal advice.

The charity said an order has been issued requiring the Home Secretary to file a written response to the application for interim relief by 4pm on Thursday.

Speaking about the Jamaica flight, Ms Sankey said: “A large number of the people that we know are on the flight are people who have been in the UK since really early childhood.

“They’re British citizens for all intents and purposes, and they have really strong family ties and family connections here.

“We’ve got clients who have very many children who they’ve been ripped away from.”

In the Commons on Wednesday, Labour MP Nadia Whittome said: “It’s been two years since the Windrush scandal exposed the wrongful detention and deportation of Commonwealth citizens.

“While we wait for the publication of the lessons-learned review the Government plans to deport 50 people, 50 people to Jamaica by charter flight next week.

“Will the Prime Minister immediately suspend the flight until the lessons learned review is published and the recommendations implemented?”

And shadow equalities minister Dawn Butler pointed out that one of her constituents, who is among those due to be deported, was convicted under the now unlawful joint enterprise rule and was released after just two months.

She called for the flight to be halted “until we establish the true facts of the situation”.

A Home Office spokeswoman said: “The planned charter flight to Jamaica is specifically for removing foreign criminals. Those detained for removal include people convicted of manslaughter, rape, violent crime and dealing Class-A drugs.”

The spokeswoman added that “everyone on the flight will have had their cases fully reviewed to ensure there are no outstanding legal barriers, including trafficking and slavery claims, that would prevent their removal from the UK”.

The Home Office said that under the UK Borders Act 2007, a deportation order must be made where a foreign national has been convicted of an offence and received a custodial sentence of 12 months or more.

It added that this is subject to several exceptions, including where to do so would be a breach of a person’s ECHR rights or the UK’s obligations under the Refugee Convention.

In 2018 ministers faced a furious backlash over the treatment of the Windrush generation – named after a ship that brought people to Britain from the Caribbean in 1948.

Long-term UK residents were denied access to services, held in detention or removed despite living legally in the country for decades.