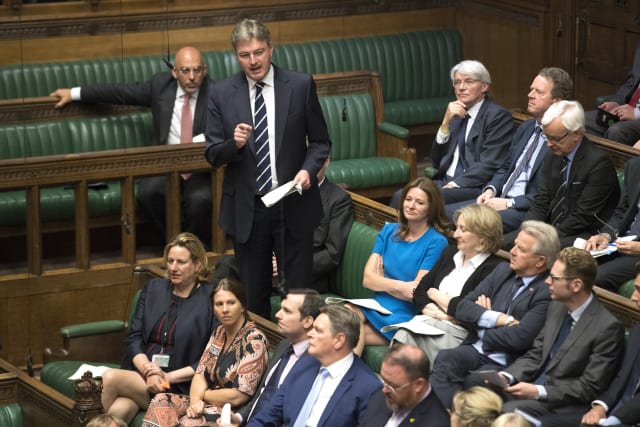 Jewish leaders have condemned Tory MP Daniel Kawczynski for speaking at a conference alongside “some of Europe’s most notorious far-right politicians”.

The Board of Deputies of British Jews called on the Conservatives to discipline the backbencher, and struck out his defence of his appearance on Tuesday as “specious”.

The MP for Shrewsbury and Atcham was to speak on Tuesday afternoon at a National Conservatism conference in Rome, where speakers included Hungary’s far-right prime minister Viktor Orban.

Mr Kawczynski had sought to defend appearing alongside Mr Orban, and Italy’s Matteo Salvini, by arguing they “represent serious ideas and concerns, some of which are shared by many citizens of the UK”.

Board president Marie van der Zyl said: “We condemn the decision by Conservative MP Daniel Kawczynski to speak at a conference alongside some of Europe’s most notorious far-right politicians.

“Mr Kawczynski’s defence, that ‘it is only common sense to talk with parties and politicians that are either leading their respective countries, or will perhaps take power in the next few years’, is a specious one, for the simple reason that the MP for Shrewsbury and Atcham is not any sort of Government representative.

“If the Conservative Party fails to discipline Mr Kawczynski, it runs the serious risk of the public assuming that they share his views on association with such people.”