Patients of rogue breast surgeon ‘were let down over many years’, inquiry finds 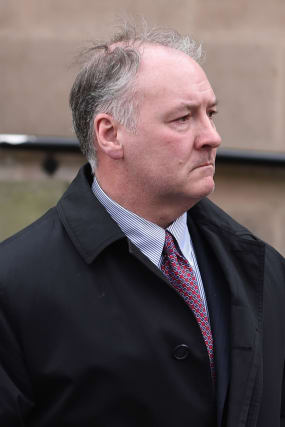 An independent inquiry into how rogue breast surgeon Ian Paterson was able to go on performing unnecessary operations for years has uncovered a healthcare system “dysfunctional at almost every level”.

The Paterson Inquiry, launched in May 2018, published 15 recommendations on Tuesday after hearing 181 first-hand accounts from the surgeon’s former patients.

Among the recommendations, it urges both the NHS trust which employed Paterson and private health firm Spire Healthcare to check all Paterson’s patients had been recalled.

The Government should introduce reforms, including regulation of insurance protection for patients as a “nationwide safety net”, the report said.

Inquiry chairman the Rt Rev Graham James, Bishop of Norwich, said that “patients were let down over many years” by both the NHS and independent providers.

As part of the Inquiry’s terms of reference, it was allowed to refer individuals considered to have committed a “disciplinary or criminal offence” to the relevant authorities.

Following the investigation, five health professionals have been referred to either the General Medical Council (GMC) or Nursing and Midwifery Council (NMC).

Another case has been referred to West Midlands Police.

The inquiry report urges the creation of an “accessible and intelligible” single repository of consultants’ key performance data, as a one-stop shop for patients.

The consultant breast surgeon was employed by the Heart of England NHS Foundation Trust (HEFT) but had practising privileges in the independent sector at both Spire Parkway and Spire Little Aston in Birmingham.

In 2017 he was jailed after being found guilty of 17 counts of wounding patients with intent, against 10 of his victims.