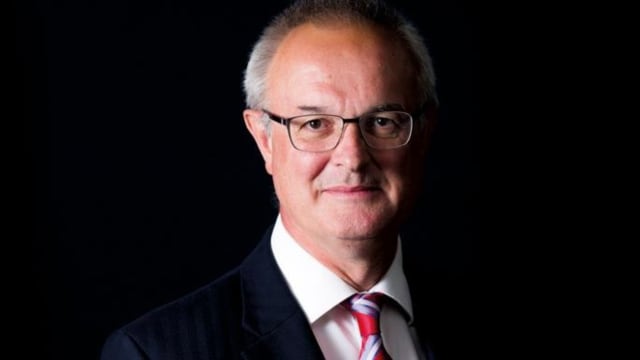 The executive chairman of one of Britain’s largest technology companies will step down on Valentine’s Day, as Micro Focus presented a tough set of results.

Chairman Kevin Loosemore will want shareholders to remember him as he was, not as his time with the company ended. Since being brought onboard in 2005 to help the business through its public float, Mr Loosemore has helped Micro Focus grow revenues from 100 million dollars (£77 million), delivering compound annual returns to shareholders of around 20%.

But his last time at the helm of the board was marred by poor performance and arguments over pay, forcing successor Greg Lock to recognise “the present challenges” in his first words since he was revealed as the new chairman.

Despite the company’s protestations that the fall in revenue was in line with guidance, when stripping out currency changes, investors sent the shares down by as much as 15%, or 148.5p, to 383p.

“This has been a challenging year for Micro Focus and our overall financial performance fell short of expectations,” said chief executive Stephen Murdoch.

He added: “On behalf of the whole Micro Focus team, the board and personally, I would like to thank Kevin for his leadership and vision in building the Micro Focus business over 15 years.”

Despite a strong record, Mr Loosemore’s time was not without controversy. In July last year he sparked a nearly 16% drop in the company’s shares after selling off more than half his stake in the business, netting £11.6 million.

The chairman said that he was trying to diversify his investment portfolio, as all his assets were in Micro Focus shares.

“As executive chairman, I remain committed to the business as we continue to execute our established business model,” he said at the time.

Mr Loosemore also faced an investor revolt over the company’s remuneration report, as shareholders voted down a £110 million bonus plan for executives.