Labour frontbencher denies being ‘a tart’ after outfit criticism

A Labour frontbencher has denied having been "banged over a wheelie bin" after she was criticised for wearing an off-the-shoulder dress in the Commons.

Tracy Brabin's remarks came after a Twitter user shared a photograph of her wearing the outfit and asked: "Is this really appropriate attire for parliament?"

The shadow culture secretary replied to the tweet: "Sorry I don't have time to reply to all of you commenting on this but I can confirm I'm not.... 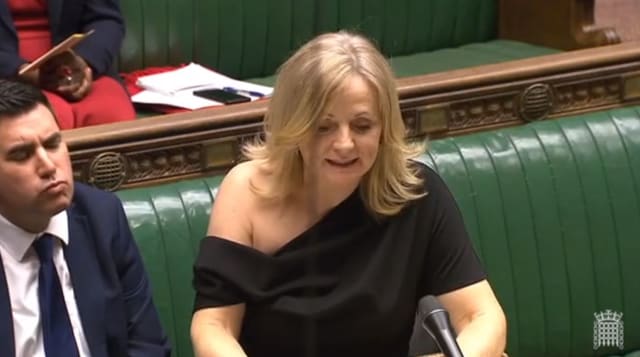 "A slag, Hungover, A tart, About to breastfeed, A slapper, Drunk, Just been banged over a wheelie bin.

"Who knew people could get so emotional over a shoulder..."

Ms Brabin was raising a point of order in the Commons on Downing Street's decision to order senior journalists from some of the UK's major news organisations to leave before a briefing on Boris Johnson's Brexit plans when she spoke at the despatch box wearing the outfit.