Government arranges to fly Britons back from China amid coronavirus fears 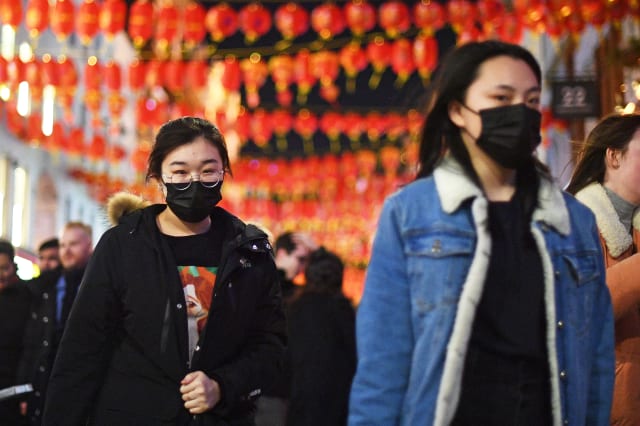 The UK Government is chartering a final flight to bring British nationals back from coronavirus-hit Wuhan as Britons in mainland China are urged to get out after the outbreak continued to claim more lives.

The plane is expected to leave in the early hours of Sunday morning local time and will land at RAF Brize Norton, the Foreign Office said – adding that they want to ensure that all British nationals in Hubei province contact their team to register if they want to leave on the flight.

A total of 94 UK nationals and family members have already been evacuated to Britain from Wuhan on two flights which arrived on Friday and Sunday.

One passenger was taken to hospital in Oxford after telling medics he had a cough and a cold, while the rest of those who came back are in quarantine at Arrowe Park Hospital on the Wirral.

Foreign Secretary Dominic Raab said on Tuesday night: “We have been working round the clock to help British nationals leave Hubei province, on UK, French and New Zealand flights.

“The Foreign Office is chartering a second and final UK flight with space to help all British nationals and their dependants remaining in Hubei to leave.

“I encourage all British nationals in Hubei to register with our teams if they want to leave on this flight.”

Chinese authorities said on Tuesday that the death toll on the mainland has risen to 425, with the number of cases now standing at 20,438.

In an interview with PA on Tuesday, a British man who fears he contracted coronavirus said he is isolated in his apartment in Wuhan and has been given no indication of when he will be able to leave the city.

Jamie Morris, a 23-year-old teacher from New Tredegar in South Wales, said he believes he may have contracted the virus at the end of November, before the mass outbreak prompted global media attention.

He said he had not been able to make the recent flights back to the UK because his passport had been given to the Chinese government to extend his residency permit.

He said the Foreign Office’s crisis team in London had told him “to be patient and they will be in touch if anything changes”.

Earlier, Mr Raab said: “We now advise British nationals in China to leave the country if they can, to minimise their risk of exposure to the virus.

“Where there are still British nationals in Hubei province who wish to be evacuated, we will continue to work around the clock to facilitate this.”

The Foreign Office earlier said that commercial flights departing from China were still available throughout the country, except in Hubei where the virus originated.

Mr Raab also told MPs the Government had been “allocated 14 places on an Air New Zealand fight today for UK nationals and their dependants”.

The Foreign Office has previously declined to say how many British nationals in Hubei province have come forward to say they wish to return to the UK.

Health Secretary Matt Hancock said on Monday there were “no plans to evacuate all remaining UK nationals in China”.

He added: “We haven’t seen the peak of the coronavirus by a long stretch and we expect more cases in the UK.

“We have a full plan in place to treat all those who have symptoms and test positively for coronavirus and we are working with international partners both to slow the spread and also to do the research that we need to do to find a vaccine.”

Health officials are trying to trace 239 people who flew from Wuhan to the UK before travel restrictions came into force.

The Department of Health said that, as of Tuesday, 414 people have tested negative for coronavirus.

The World Health Organisation said it is still early in the outbreak, but coronavirus does not yet constitute a pandemic.

Meanwhile, the University of York confirmed that a student who contracted coronavirus returned to his apartment but did not come into contact with other residents.

The unnamed student, who is being treated with a relative at a specialist facility in Newcastle, was not in the Vita Student block when he came into contact with the virus but “did return to their room on one occasion and stayed overnight”, the university said, as it moved to reassure other students.

In statement on Tuesday, it said: “During this brief period the student did not meet other residents or staff at the building or make use of the communal facilities.”

Elsewhere, Public Health England (PHE) confirmed a Belgian woman on board the same French flight that brought back UK citizens from China on Sunday has tested positive for the new strain.

Nick Phin, PHE’s National Infection Service deputy director, said: “All of the individuals who were on this flight are currently in supervised isolation and are being monitored for symptoms.”

The Foreign Office amended its travel advice after Mr Hancock said he expects more cases to be diagnosed in the UK.

PHE has been working to trace people who had close contact with the two people confirmed with coronavirus in York.