First in fleet of new submarine-hunting planes arrives in Scotland 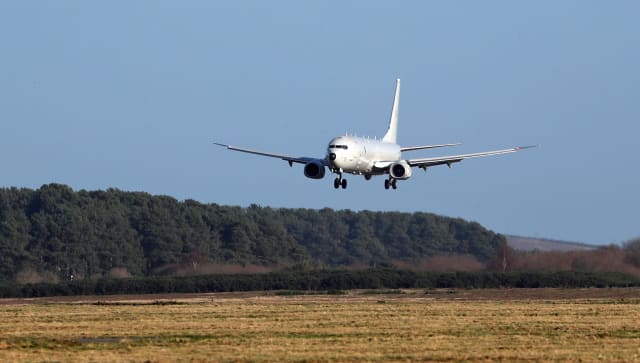 The first of a fleet of submarine-hunting planes has touched down in Scotland after being flown from the US.

It is part of a fleet of nine aircraft being brought in through a £3 billion Ministry of Defence investment.

The aircraft was flown to Scotland from Naval Air Station Jacksonville and will be based at Kinloss Barracks before moving to RAF Lossiemouth when facilities there are ready.

The state-of-the art planes will enhance the UK’s ability to track hostile maritime targets, protect the country’s continuous at-sea nuclear deterrent and play a central role in Nato missions across the North Atlantic.

Poseidon is designed to carry out extended surveillance missions at both high and low altitudes.

The aircraft is equipped with cutting-edge sensors which uses high-resolution area mapping to find both surface and sub-surface threats.

It will also be armed with Harpoon anti-surface ship missiles and Mk 54 torpedoes capable of attacking both surface and sub-surface targets.