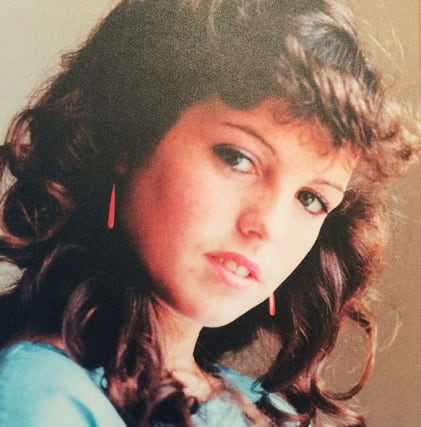 The family of Helen McCourt have lost a High Court bid to keep her killer behind bars ahead of a judicial review of the decision to free him.

The 22-year-old disappeared in 1988 but, despite extensive searches, her body was never found.

Ian Simms, who has always maintained his innocence, was found guilty of her abduction and murder at Liverpool Crown Court the following year and given a life sentence with a minimum term of 16 years.

Simms, now aged 63, is due to be freed from prison on Tuesday after an urgent attempt by Helen’s family was refused by senior judges.

Lawyers representing Helen’s mother Marie McCourt, who has launched a legal challenge against the Parole Board’s decision to release Simms, argued that he should remain in jail until her case is concluded.

But, following a hearing in London on Tuesday, Lord Justice Dingemans and Mr Justice Fordham refused to postpone his release on licence.

“Today was a small battle in the war.

“It was a case of trying to keep him in prison while we go through with the judicial review.

“Even if he is released now, if the judicial review goes in our favour he will have to go back to prison quite quickly.”

The family have been told Simms could be released within days and will have to live in a bail hostel, be electronically tagged and have to check in with police regularly, Mr Sandwell said.

Lord Justice Dingemans said: “We consider that the least worst option in this case is to refuse a stay and therefore not interfere with the release.”

The judge told the court the Parole Board recommended that Simms should be released following a hearing in November 2019.

The board reviewed its decision following a challenge by Justice Secretary Robert Buckland, but again concluded, on January 8, that Simms should be freed.

Mrs McCourt complains she was not given enough notice of the initial hearing, so only had a short time to prepare her victim personal statement, and was not given access to a 693-page dossier on Simms which was prepared for the board.

Lord Justice Dingemans said Mrs McCourt believes Simms will not disclose where Helen’s remains are if he is released.

However, the judge said the Parole Board, having reviewed the latest psychological evidence on Simms, considers that he would never disclose the location even if he was never set free.

Lawyers representing Simms said he has been in open prison conditions since 2016 and has been released under supervision on a number of occasions.

His barrister, Joanne Cecil, said he would be subject to “stringent licence conditions”, which include a curfew, 24-hour electronic monitoring and residing at a specified address, and will be recalled to prison in the event Mrs McCourt’s legal challenge is successful.

Mrs McCourt and her family have campaigned for a change in the law to keep killers locked up until they lead police to a victim’s body.

The Prisoners (Disclosure of Information about Victims) Bill, dubbed Helen’s Law, has failed to be ratified before Parliament on numerous occasions – twice being delayed because of general elections.

It was brought back to Parliament on the same day the Parole Board announced its decision after reconsidering Simms’ release, but no date has yet been set for the Bill to be debated by MPs.

Pub landlord Simms, who was convicted by a jury on overwhelming DNA evidence of Ms McCourt’s abduction and murder, is serving his life sentence at HMP Garth in Leyland, Lancashire.

He has always maintained his innocence over the death of Ms McCourt, an insurance clerk who disappeared on her way home from work in Liverpool in 1988.

Simms was eligible to be considered for release in February 2004.