Cuttlefish ‘will eat fewer crabs if shrimp is on the menu’ 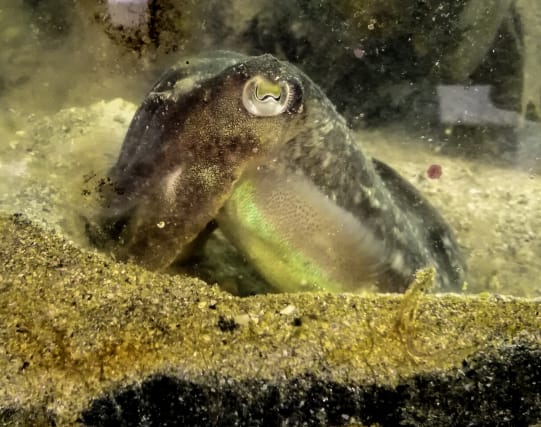 It appears cuttlefish, like humans, have strong food preferences.

Scientists have found that these marine creatures will eat fewer crabs during the day if they know that shrimp, their favourite meal, will be on the evening menu.

Pauline Billard, a PhD student in the University of Cambridge’s Department of Psychology and first author on the study, said: “It was surprising to see how quickly the cuttlefish adapted their eating behaviour – in only a few days they learned whether there was likely to be shrimp in the evening or not.

“This is a very complex behaviour and is only possible because they have a sophisticated brain.”

The researchers tested 29 European common cuttlefish (Sepia officinalis) by offering them both shrimp and crab five times a day, for five days.

All the cuttlefish demonstrated a preference for shrimp.

The team then performed further experiments by, first, serving shrimp to the cuttlefish every evening before switching to more random offerings.

When served one shrimp every evening, the cuttlefish became more selective during the day and consumed fewer crabs.

But when they were provided with evening shrimp on a random basis, the researchers found the cuttlefish became opportunistic and ate more crabs during the day.

Like humans and other vertebrate animals, cuttlefish have large central nervous system.

According to the researchers, this network of nerves can help them remember things that happened in the past and allow them to use the information to modify their behaviour in anticipation of the future.

Nicola Clayton, a professor at the University of Cambridge’s department of psychology, who led the study, said: “This flexible foraging strategy shows that cuttlefish can adapt quickly to changes in their environment using previous experience.

“This discovery could provide a valuable insight into the evolutionary origins of such complex cognitive ability.”

The findings are published in the journal Biology Letters.