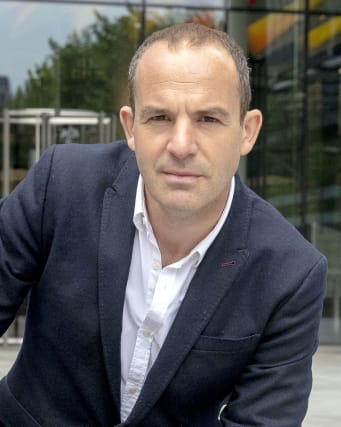 The MoneySavingExpert.com founder is making a five-figure donation via his charitable fund for the research, which will look at ways to help 170,000 people who are stuck in their mortgages.

The research is being carried out by the London School of Economics and Political Science (LSE), where Mr Lewis was previously a student.

Mortgage prisoners are trapped in their current deal, often with an inactive or unregulated lender, sometimes paying much higher rates than other home owners.

They are rejected for cheaper mortgage deals elsewhere because they do not meet tougher borrowing criteria brought in after the financial crash – even though they are keeping up with repayments.

MoneySavingExpert’s campaigns team has instructed the LSE to carry out the research, which aims to weigh up the economic cost of freeing them versus the price of leaving them locked in.

It said regulator the Financial Conduct Authority (FCA) has done everything it can within its power.

Mr Lewis, who has been pressing for action on the issue for several years, said: “The cost of mortgage prisoners doesn’t just fall on the individuals, it falls across society.

“The impact of leaving people locked in to unaffordable mortgages can be catastrophic.

“It can leave them dependent on the state, with little savings for old age, and even adding to NHS costs with the hideous and disastrous mental health impact that can occur when you destroy someone’s financial life choices.

“So over the next few months, we’re asking the LSE to explore a range of cost-effective, practical policy solutions the Government could employ to rescue mortgage prisoners – which we can then take to the Treasury.

“I won’t pre-empt their work, but it’ll include a feasibility study of solutions – for example, subsidising competitive lenders to enable them to offer mortgage prisoners a decent deal.

“Then I hope where possible that can be compared to the cost to the economy of doing nothing – and leaving mortgage prisoners locked in for life or losing their homes.”

Mr Lewis added: “It’s worth remembering that the Government spent billions bailing out one set of victims of the financial crash – the banks.”

Trade association UK Finance’s director of mortgages, Jackie Bennett, said: “UK Finance is working with a wide range of banks, building societies and specialist lenders to help them develop new products for borrowers with inactive firms who are eligible under the FCA’s revised affordability criteria.

“We are also actively considering other practical ways in which these customers could be helped.

“The MoneySavingExpert research will build on these industry-wide efforts by providing further valuable insight into potential solutions for these customers.

“We will continue to work closely with members, the FCA and the Government to help find solutions for as many customers as possible.”