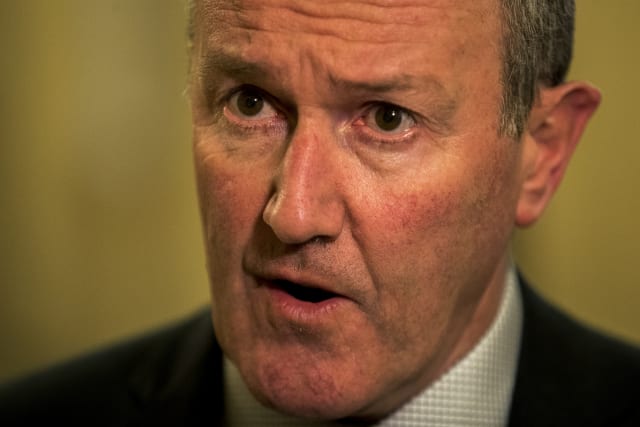 A Sinn Fein minister who branded an IRA murder victim a criminal has retracted the comments and will apologise to his family, Mary Lou McDonald has said.

The move comes as Sinn Fein faces mounting scrutiny in the General Election campaign over its response to Mr Quinn’s brutal killing in 2007.

His family have been demanding an apology and retraction ever since.

On the final major TV debate of the election campaign, Mrs McDonald told RTE Prime Time: “The only criminals involved in this scenario are the people who so cruelly and viciously took his life.

“I have spoke to Conor and he is aware that the comments he made after the murder of Paul Quinn have caused hurt and that that hurt has endured, so he apologised for those remarks, he withdraws those remarks and he will speak to Breege Quinn (Paul’s mother) and the family directly.”

Her comments appeared to run contrary to remarks she made on another RTE interview on Monday night, when she claimed Mr Murphy did not accuse Mr Quinn of criminality.

She told the Prime Time debate on Tuesday that her recollection 24 hours earlier had not been correct.

“Those things should not have been said, Conor withdraws them and apologises,” she said.

“The remarks were wrong, they are withdrawn correctly and will be apologised for directly to Mrs Quinn.

“My sole concern in this is that the family have been hurt and the remarks made need to be withdrawn and apologised for, that’s the correct thing to do and that’s what Conor will do.

“A family that has lost their son in such brutal circumstances doesn’t need the additional hurt and grief of those remarks.”

Mrs Quinn has been demanding that Mr Murphy give the names of IRA members in Cullyhanna he said he spoke to about the incident in 2007.

Mrs McDonald said Mr Murphy had spoken to the gardai and PSNI about the murder, but she did not indicate whether he had passed over any names.