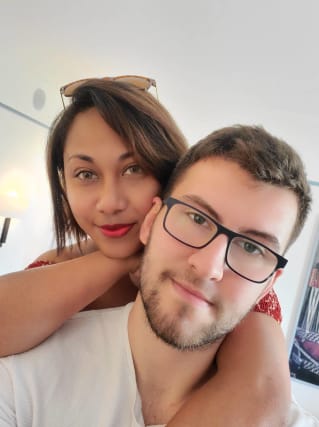 A British man who believes he has contracted the coronavirus is trapped alone in the locked-down city of Wuhan and fears he may be left behind by the British authorities.

Jamie Morris, a 23-year-old teacher from New Tredegar in South Wales, told the PA news agency he believes he may have contracted the virus at the end of November, before the mass outbreak prompted global media attention.

“They diagnosed me as having potential pneumonia but couldn’t confirm it,” he said.

“I had all the symptoms, literally everything that has been said by the government, however it was before the virus was made public knowledge.

“There is a high possibility of it being so, but thanks to my high immune system, I managed to beat it back.”

He said he had not been able to get on the flights back to the UK because he had recently given his passport to the Chinese government to lengthen his residency permit.

“The news of a British evacuation came very quickly, leaving many people who lived a fair distance from the airport unable to make the flight,” he added.

Foreign Secretary Dominic Raab on Tuesday urged any Britons in mainland China to leave if they are able to.

However, Mr Morris claimed that when he has contacted the Foreign Office’s crisis team in London, “they just tell me to be patient and they will be in touch if anything changes”.

“I am currently on my own in my apartment, isolated from the outside world, as you would say.

“At this point, I am willing to go to any other country, but it’s all down to the UK embassy.”

Mr Morris added that his girlfriend Camilla, 24, had left on Tuesday on a flight to New Zealand as she was a Samoan national, meaning he was alone in the city.

“It was the hardest decision we’ve made but she was given the opportunity to leave so I encouraged her with everything I had to take it and make sure she was safe,” he told PA.

“I’m so envious that she got out, but I would choose her getting out over me any day of the week. I love her and as long as she is safe, that’s all that matters.”

Mr Morris, who also worked as a rugby coach in the city, said he had returned to work while ill with the suspected virus for fear of losing his job.

“(The illness) lasted roughly three weeks but as I am with an agency, if I am absent for more than seven days, they have grounds to terminate my contract.

“So I managed to take a few days off but spent the rest of the time with a mask covering my face while I taught.”

He added that none of his students or colleagues had, to his knowledge, been diagnosed with the coronavirus, although the school attendance rate dropped significantly between December and January.

Mr Morris, who has lived in Wuhan for a year, said he feared the city would soon come under military control, meaning uncertainty over his access to supplies.

“Before my partner left today, she accompanied me to the local supermarket to stock up on as much as possible.

“There’s no fresh vegetables or fruits left in my local area, but we managed to collect plenty of instant noodles and frozen meats/meals which will last me for at least two weeks.

“After that, if I am still here and the military do actually take over food supplies, then it is anyone’s guess.”