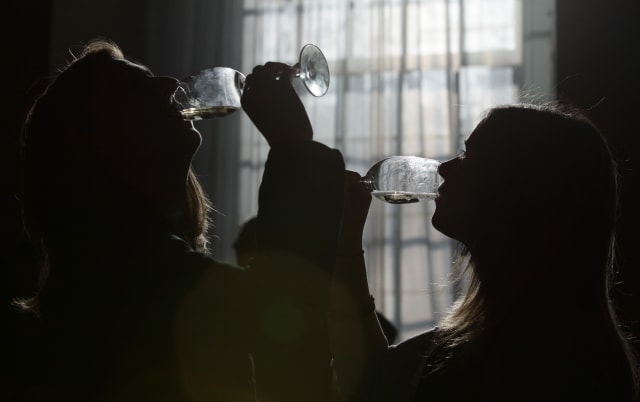 Hospital admissions due to alcohol have risen almost a fifth in the last decade to reach almost 358,000 last year, new figures show.

Mental and behavioural disorders due to drink led to admissions, while some people were taken to hospital suffering alcoholic liver disease.

The report also found that men and women aged 55 to 64 are the most likely to drink more than 14 units of alcohol a week – the maximum amount recommended by the NHS.

Laura Bunt, acting chief executive of the charity Addaction, said: “In 2018 the UK government announced it would be creating a new, stand-alone alcohol strategy.

“But this January, the promise was quietly rolled back. These statistics show that a new approach is needed.

“We know that minimum unit pricing, which sets a price below which a unit of alcohol can’t be legally sold, has been effective in reducing alcohol consumption. In Scotland, alcohol sales have hit a 25-year low since it was introduced in 2018.

“While there needs to be a national strategy, we can see from these statistics that the group most at risk are older adults.

“We’ve learnt from our services that as people age, big life events such as divorce, bereavement, financial issues or even retirement can leave people feeling isolated and unable to cope.

“What’s more, harmful alcohol use among older adults is often a hidden problem, with many drinking at home alone instead of out and socialising.”

The report also found the average spend on all food and drink in 2018/19 was £45.31 per person per week, including alcoholic drinks and food eaten out.

Since 2014, there has been a 16% rise in alcohol purchased to drink at home, while the purchase of alcohol for consumption outside the home increased by 6%.