Why was Sudesh Amman free to stage his attack? 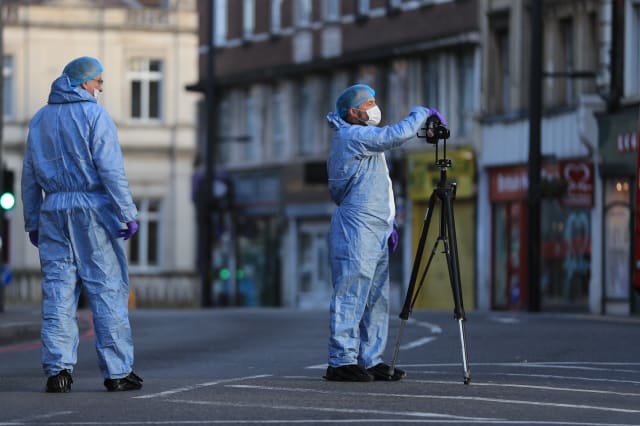 The Streatham attack has again raised questions about how convicted terrorists are dealt with upon release.

– Why was Sudesh Amman released from jail?

Amman was arrested in May 2018 and jailed in December that year for six counts of possessing a document containing terrorist information, and seven of disseminating terrorist publications.

When he was sentenced at the Old Bailey, judge Mark Lucraft QC explained that the guideline sentences for some of the counts were three to five years, and others four to six.

Amman was jailed for three years and four months, and was told by the judge that he would serve half that term behind bars and then be released on licence, as is standard.

He had already spent some time on remand, having initially been arrested in May 2018, and this would have been subtracted from the time he was due to spend in prison.

Amman was just 18 when he was jailed – 17 at the time of some of the offences – and his young age as well as the fact that he pleaded guilty rather than going to trial meant that he received a lower sentence.

His previous convictions for possessing an offensive weapon and cannabis in 2017 were also taken into account.

– What happened when he was released?

Amman was released on licence on January 23, according to London Mayor Sadiq Khan, and was fitted with an electronic tag and living in a bail hostel in south London.

It is understood that he was also put under 24-hour police surveillance.

– What would happen under the new proposals?

The Government proposed a series of changes after convicted terrorist Usman Khan murdered two people at Fishmongers’ Hall in the City of London in November, while he was on probation.

Under the current plan, the Counter Terrorism (Sentencing and Release) Bill will bring in a raft of changes.

Other changes include making dangerous terrorists who receive extended determinate sentences serve the whole time behind bars, and giving those convicted of serious offences such as preparing acts of terrorism or directing a terrorist organisation a minimum of 14 years in jail.

But it is not clear whether these changes could be applied to existing cases.

On Monday, Prime Minister Boris Johnson said: “We are bringing forward legislation to stop the system of automatic early release. The difficulty is how to apply retrospectively to the cohort of people who currently qualify,” he said.

“It is time to take action to ensure, irrespective of the law we are bringing in, people in the current stream don’t qualify automatically for early release.

– When will these changes be brought in?

The Counter Terrorism (Sentencing and Release) Bill was announced in the Queen’s Speech but, according to the Parliament website, no date has yet been set for a second reading in the Commons.

It will need to go through multiple stages in both the Commons and the House of Lords before it can receive Royal Assent.