What is a Canada-style free trade agreement? 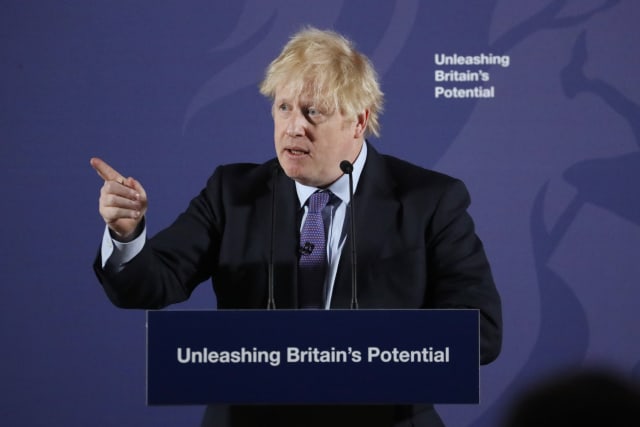 Boris Johnson has said he wants Britain to have a Canada-style free trade agreement with the EU once the Brexit transition period finishes at the end of the year.

– What is a Canada-style agreement?

The 2016 agreement with Canada was described by the EU as the most ambitious it had signed with a third country.

It abolished tariffs on the majority of goods traded between the two sides, although some food products such as chicken and eggs are not covered.

Services are only partially covered and it does not include the financial services sector, which is crucial to the UK economy.

Border controls remain, but the agreement encourages the use of advanced electronic checking to speed customs clearances.

Because it is not a single market or a customs union, both sides are free to negotiate deals with other countries.

The EU says it is ready to offer a “highly ambitious” deal with zero tariffs and zero quotas – but it will come with strings attached.

In particular, the EU says the UK’s close proximity to Europe means it must sign up to “specific and effective” guarantees to ensure fair competition and prevent it undercutting EU rules and regulations.

The more it diverges from EU standards, the less access it will get to EU markets.

Brussels is also adamant that EU fishermen must enjoyed continued access to UK waters if there is to be an agreement.

– What is Mr Johnson’s response?

The Prime Minister says there its no need for EU rules on such matters as social protection, state aid or environmental protections to be included in a new treaty.

He says the UK is already committed to maintaining the highest standards – in many cases better than those of the EU.

On fisheries, he says that while the UK will consider an agreement, British waters must “first and foremost” be for British boats.

– What happens if the two cannot agree a Canada-style deal?

Mr Johnson says the UK will establish a trading relationship with the EU more like that enjoyed by Australia.

There is no free trade agreement between them and relations are based on a more limited “partnership framework”, with trade governed by World Trade Organisation rules.

The agreement, signed in 2008, covers co-operation on a number of other issues including foreign policy and security, development assistance and climate change.

– Are the Australians happy with this?

In 2018 negotiations were opened on a fully fledged trade deal, suggesting the Australians would like a closer and more ambitious arrangement.