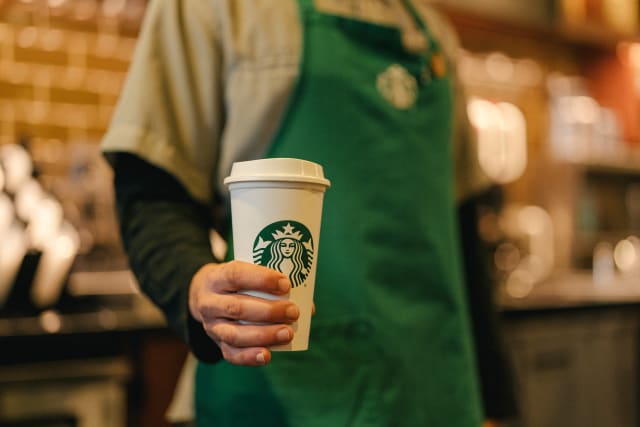 Starbucks has been praised for its advert featuring a transgender man, which was launched in support of trans youth charity Mermaids.

The advert depicts a young man struggling with being called his “deadname” (the name he was assigned at birth), before going to the coffee shop and asking for a drink for James.

Trans and non-binary Twitter users have praised the advert as “spot on”, with a few people explaining that they used their new names for the first time in public at a Starbucks branch.

The advert promotes Starbucks’ new project, #WhatsYourName, which celebrates trans and non-binary people as they use their new names.

Lucy Clark, the world’s first trans professional football referee, commented on the significance of ordering a coffee with her name.

She told the PA news agency: “They are spot on with their advert. Little things like this mean so much.

“Names and pronouns are important and this is a real positive step. Small things like this mean so much to trans people.

“I know for me the first time [ordering with her name] was a special time and I am sure it will be magical for many others.”

Cam, a freelance creator, told PA: “It [the advert] really hit home… To people outside of the situation, being called the name you choose may seem like it’s not a big deal, but hearing isn’t just affirming.

“Every time someone uses my deadname there is an ache, and it’s there for as long as I have to conform to who people think I should be based on my assigned gender. When my real name gets used, that ache goes away.

“The Starbucks ad really represented it well. I couldn’t help but tear up at the end.

“It is beautifully and thoughtfully done, and I really do believe that this sort of representation can make a huge impact on today’s trans youth.”

The coffee chain partnered with Mermaids with the aim of raising £100,000 for their helpline through the sale of Mermaid tail-shaped biscuits.

Announcing the advert on January 31, Starbucks said: “We were moved to discover that individuals find our stores a safe space to try out their new names when transitioning.

“Starbucks’ #whatsyourname campaign celebrates this signature act and the significance it can have for some transgender and gender diverse people as they use their new name in public.”

The advert won Channel 4’s Diversity in Advertising competition, with a prize of £1m of commercial airtime.