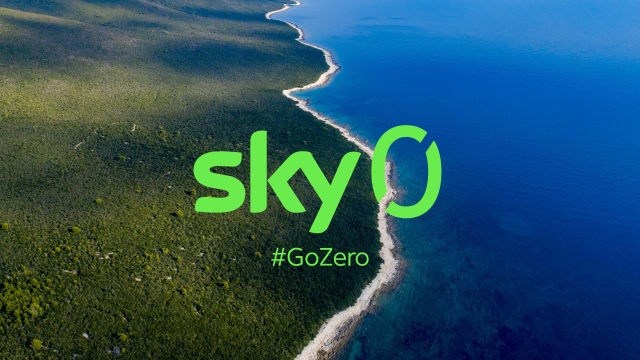 Sky has announced a commitment to become “net zero” by 2030, with plans to cut emissions created by its businesses, suppliers and customers.

The company said it would make all of its tech products more energy efficient, develop the world’s most sustainable film and TV studios in Elstree, and make every Sky original production, TV channel, show and film net zero carbon.

It is also planning to transform its 5,000 vehicles into a zero emissions fleet, for example by switching its vans to electric or hydrogen.

And it will help the 11,000 supplier companies – from those manufacturing Sky boxes to production firms – head for net zero.

Sky also said it would plant trees, mangroves and seagrass meadows to offset the emissions it cannot yet remove, taking it to net zero overall.

The company said its plans were in line with commitments by countries to try to limit global temperature rises to 1.5C above pre-industrial levels, beyond which scientists warn dangerous impacts of climate change will be felt.

It has had zero emissions overall from its own business operations since 2006, but will now expand that to its suppliers and the use of Sky products in the homes of millions of customers.

In practice, the commitment will mean Sky will have to halve its total carbon emissions from across its businesses, supply chain and use of its products in customers’ homes by 2030 – and then offset the remaining emissions from that date through measures such as planting trees, while continuing to cut greenhouse gases further.

As well as helping customers to cut their energy use with more efficient products, part of the plans will see Sky use its channels and programming to encourage people to reduce their emissions to net zero.

The media firm said it will seek validation of its targets from the independent Science-Based Target Initiative, which assess companies’ actions to see if they are in line with what the science says is needed to tackle climate change.

Jeremy Darroch, group chief executive, Sky, said: “We are entering a critical decade on the long road to climate recovery, and all businesses have the opportunity to accelerate progress and become part of the solution.

“Every business depends on and is fundamentally connected to the environment, and we have a responsibility to protect it. We need to take action now – because the world can’t wait.

“We’re on the journey, and we want to bring everyone with us. Sky Zero will transform our business, advocate for change and inspire our 24 million customers to go zero.”

The move was welcomed by conservation charity WWF, whose chief executive Tanya Steele described it as “ambitious and hugely welcome”.

She added: “Only a handful of UK businesses are showing the leadership that is needed to help tackle the climate crisis in this way, despite the devastating toll that climate change is taking on our planet.

“We hope that Sky’s pledge will inspire and support customers and communities to live a lower-carbon lifestyle so the impact will be felt throughout the country.”

She said more companies needed to follow Sky’s lead, while the Government must deliver the policies that businesses needed to cut their emissions and minimise their impact on nature.