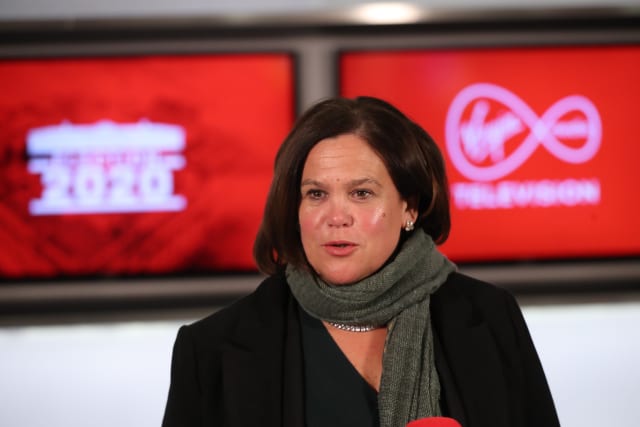 Sinn Fein has surged into first place in the Irish General Election race, an opinion poll of voters suggested.

The party could earn the support of a quarter of all those likely to cast their ballots, according to an Irish Times/Ipsos MRBI survey.

That would represent an upset of epic proportions in a country traditionally dominated by politicians espousing views to the right of Sinn Fein.

The findings would suggest major change is on the cards during this weekend’s vote as Ireland grapples with problems surrounding housing and healthcare.

Fine Gael, the party which has led Ireland’s coalition governments for almost decade, was predicted to finish third with the backing of a fifth of the electorate, the Irish Times poll said.

Rivals Fianna Fail have been resurgent in recent weeks and were set to capture 23% of the popular vote, according to the latest survey published on Monday evening.

The business of forming a coalition government has been complicated after the death of a candidate in Tipperary south east of Dublin forced a delay to the ballot there on Monday.

Marese Skehan’s death at home is not being treated by Irish police as suspicious.

Sinn Fein has said it plans to abolish the Universal Social Charge, a tax imposed to help repay international lending to Ireland following the post-boom collapse of the economy, on the first 30,000 euro earned.

It has also pledged to scrap a levy on property.