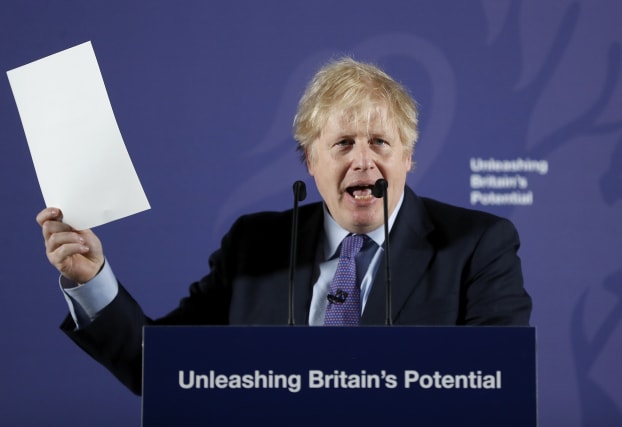 Boris Johnson has said he shares the “optimism” of Donald Trump in striking a post-Brexit trade deal with America.

The Prime Minister insisted that in doing a deal with the US, Britain would be “governed by science and not by mumbo-jumbo” because, he said, the potential is “enormous”.

He told the “naive and juvenile anti-Americans” in the UK to “grow up” and “get a grip”, as he set out his commitment to free trade in his first speech since the UK left the EU on Friday.

The US president has previously said the UK and US could strike a “massive” new trade deal after Brexit, which had the potential to be “far bigger and more lucrative” than any deal which could have been made with the EU.

Speaking in Greenwich, south-east London, Mr Johnson said: “We will get going with our friends in America and I share the optimism of President Trump.

“And I say to all the naive and juvenile anti-Americans in this country if there are any – there seem to be some – I say grow up and get a grip. The US already buys one fifth of everything we export.”

The PM said there would be “difficulties”, but insisted that the NHS would not be on the table.

“And no, we will not accept any diminution in food hygiene or animal welfare standards.

“But I must say to the America-bashers in this country, if there are any, in doing free trade deals we will be governed by science and not by mumbo jumbo because the potential is enormous.”

US ambassador to the UK Woody Johnson said he is positive about the “huge benefits and opportunities” a US-UK trade deal could bring to both countries.

The UK left the EU on Friday but is now seeking to strike trade deals with countries around the world, including the US, during the 11-month transition period.