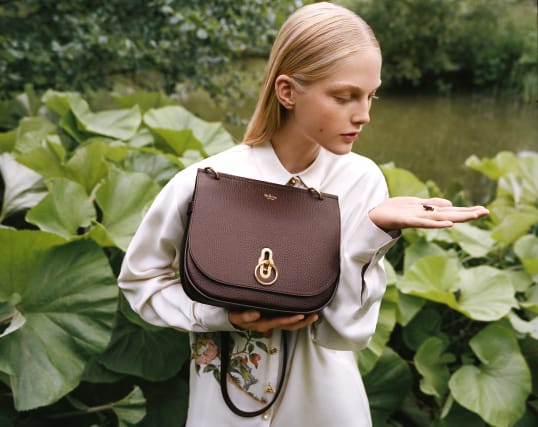 Frasers – previously known as Sports Direct – provided no detail on how much was paid, but based on Monday’s share price the stake is worth almost £19 million.

The Newcastle United FC owner has been keen to grow his high street operations and turn to more upmarket products through the rolling out of his Flannels stores, which sells luxury clothes.

He had already been speaking to Mulberry – where a bag can cost £1,295 – for several months because the fashion house’s products are sold in House of Fraser stores.

But sources close to Mulberry said the company was unaware of Mr Ashley’s investment plans.

In a short statement, Frasers said: “Frasers Group is pleased to announce that it has acquired a 12.5% economic interest in Mulberry Group plc. Mulberry is a global luxury brand with a rich British heritage.

“A key strategic priority for Frasers Group is the elevation of our retail proposition and building stronger relationships with premium third-party brands. Frasers Group looks forward to working more closely with Mulberry for the benefit of shareholders of both companies.”

On Friday, Hong-Kong investment group Tybourne sold its entire 11% stake in the business, which Frasers is likely to have bought in the deal – although the company would not confirm it.

Mr Ashley has made several major investments in high street rivals in recent years, and has been battling with the Government to overhaul business rates.

Investments in the past have included JD Sports, Tesco, Goals Soccer Centres, French Connection and Debenhams – but not all have led to success.

More successful have been his takeovers of Evans Cycles, Game Digital and Sofa.com.

Mulberry has been struggling financially, with bosses warning that the UK market remains tough and heavy discounting is hitting profits.

In November, the company said it recorded a £9.9 million pre-tax loss for the six months to September 28.