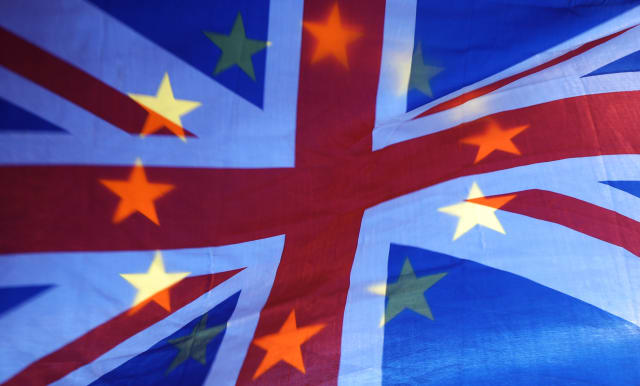 Boris Johnson has threatened to walk away without a Brexit trade deal rather than accepting EU rules as battle lines were being drawn up by the two sides.

The Prime Minister will use a speech to say there is “no need” for the UK to commit to following the “full panoply” of Brussels’ regulations.

But the EU’s chief negotiator Michel Barnier is likely to stress that the further the UK moves from the European Union model, the greater the barriers to trade will be, as he sets out his position in Brussels.

The EU wants a “level playing field”, with the UK agreeing to uphold standards on issues ranging from the environment to workers’ rights.

Mr Johnson will use his speech to push for a looser, Canada-style free trade agreement – with the option of a far more limited Australia-style arrangement as a fallback – a move branded “no-deal in all but name” by critics.

The Prime Minister will say: “There is no need for a free trade agreement to involve accepting EU rules on competition policy, subsidies, social protection, the environment, or anything similar any more than the EU should be obliged to accept UK rules.

“The UK will maintain the highest standards in these areas – better, in many respects, than those of the EU – without the compulsion of a treaty and it is vital to stress this now.”

Setting out his approach, he will say: “We want a free trade agreement, similar to Canada’s but in the very unlikely event that we do not succeed, then our trade will have to be based on our existing Withdrawal Agreement with the EU.

“The choice is emphatically not ‘deal or no-deal’. The question is whether we agree a trading relationship with the EU comparable to Canada’s – or more like Australia’s.”

According to a leak seen by the Telegraph, Mr Barnier will demand that Britain signs up to Brussels benchmarks on standards because of its “geographic proximity and economic interdependence”, as well as the threat of “unfair competition by undercutting”.

It is expected to demand access to UK fishing waters – a red line for Brexiteers – and potentially include a proposal to back Spain’s claim to Gibraltar by giving Madrid powers to exclude the overseas territory from any trade deal.

The PM will tell an audience of business figures and global ambassadors that the Government has “made our choice” in wanting to set its own rules and regulations after December 31.

Mr Johnson favours a deal akin to Canada’s, despite Treasury analysis suggesting it would make Britain’s economy 4.9% smaller than remaining in the EU by 2035.

When Ottawa signed the agreement with the EU, it abolished 98% of all duties and opened up fresh investment opportunities in the transport and financial services sectors for European firms.

The UK, upon its departure from the bloc last week, entered an 11-month transition period in which it has no representation in Brussels but continues to follow EU rules while it works to agree a new relationship with the remaining 27 member states.

It might be March before formal trade talks between the two sides commence, as the EU27 need to agree a joint position.

Acting Liberal Democrat leader Sir Ed Davey said: “A deal with the EU ‘like Australia’s’ is no-deal in all but name.

“To deliberately hollow out our trade is nothing short of a scorched earth policy for Britain’s economy. This isn’t a vision – it’s a nightmare.”