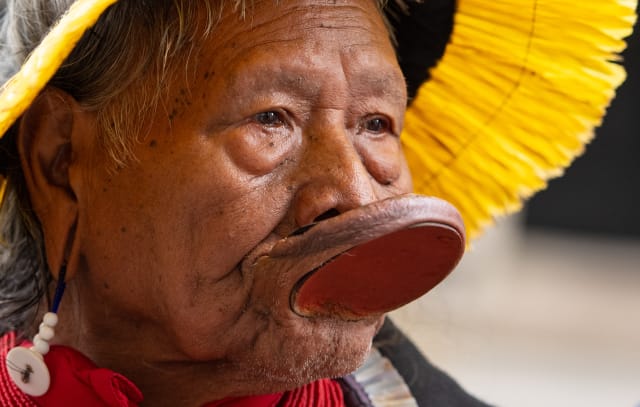 Amazonian indigenous leaders have delivered a letter to Downing Street amid concerns about the protection of tribes in the Amazon rainforest.

The leaders are calling on Boris Johnson to condemn the actions of Brazil’s president Jair Bolsonaro, which they view as a failure to protect indigenous tribes.

Raging fires in the Amazon rainforest, known as “the lungs of the planet”, sparked global concerns last year.

Mr Johnson said in August that he was “horrified” by the devastation in the Amazon, and French President Emmanuel Macron called the wildfires an international crisis.

But Mr Bolsonaro hit back at his critics, accusing Mr Macron of using a “sensationalist tone”.

Brazilian federal experts reported a record number of wildfires across the country last year – up 84% over the same period in 2018 – and environmental agencies pointed the finger at the country’s government for its relaxed policy towards deforestation.