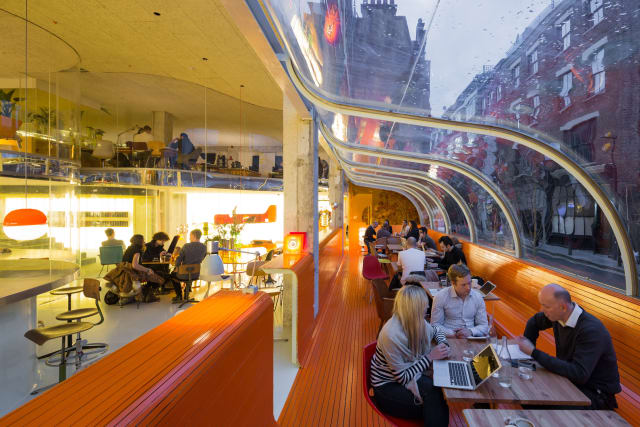 Second Home, the workspace business co-founded by former David Cameron adviser Rohan Silva, has seen revenues surge by more than 50% as it continues its expansion.

The UK company, which has drawn significant comparisons with US rival WeWork, said turnover jumped 53% to £8.21 million in 2018 in its latest reported figures.

However, increased investment also saw losses push higher, rising by 15% to £6 million as rent and depreciation costs surged by 36%.

The company was founded in 2014 by Mr Silva and Sam Alderton in order to provide creative office environments for entrepreneurs, charities and social enterprises.

Second Home said customer numbers increased by 19% during the year as it opened its fourth site in Clerkenwell and expanded its original Spitalfields site.

The company also runs offices in Holland Park, Lisbon, and has since opened sites in London Fields and Los Angeles.

During 2018, the group invested £11.6 million in site openings and construction, it said.

The opening of its Los Angeles-based site, Second Home Hollywood, in November 2019 helped to drive investment costs higher still in 2019.

Nevertheless, the firm said its European operations became profitable for the first time at the end of 2019.

Mr Silva, who advised the former prime minister on tech and startup policy, said: “As a growth business, we’re going to keep investing to expand our diverse community, open new locations, and have an even bigger positive impact.

“Exactly like most growth companies, the right strategy for us to build long-term value involves making losses while investing to grow.

“We’re chuffed to be expanding in London, Lisbon and Los Angeles – and supporting the growth of over 1,000 companies, charities and social impact organisations based in our spaces.”