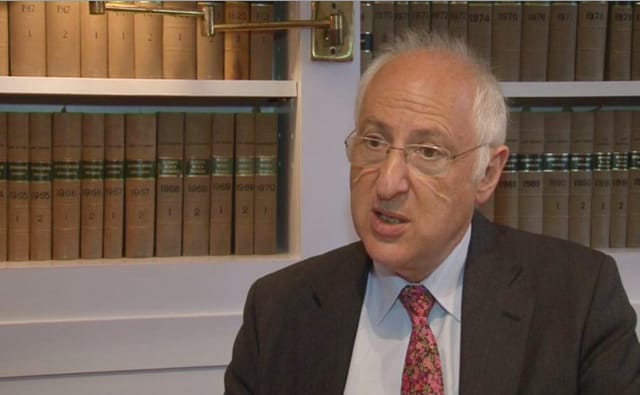 Controversial restrictions which place terrorists under a form of house arrest should be reintroduced to stop future attacks in their tracks, according to a former watchdog.

Lord Carlile, the UK’s independent reviewer of terrorism legislation from 2001 to 2011, said control orders would be an “effective and proportionate response” to tackle the “immediate problem” of offenders being automatically released from prison after serving half their sentence.

He told the PA news agency: “To deal with the immediate problem (the Government) should re-introduce control orders as we had pre-2011.

“They worked well and withstood legal challenge, and would be an effective and proportionate response.”

The order signed by the Home Secretary put a terrorist suspect under close supervision, described by some as being similar to house arrest, with restrictions on who they meet and where they go.

They were repealed and replaced by measures known as TPIMS (Terrorism Prevention and Investigation Measures) in 2011, which the Government said was a less intrusive system which addressed concerns about civil liberties with time limits and a higher test to be met for one to be brought into force.

Lord Carlile made the comments after the Prime Minister said the Government will crack down on the early release of terrorist prisoners, although it is not clear how this will be applied to cases already in train.

Boris Johnson said: “We are bringing forward legislation to stop the system of automatic early release.

“The difficulty is how to apply retrospectively to the cohort of people who currently qualify.

“It is time to take action to ensure, irrespective of the law we are bringing in, people in the current stream don’t qualify automatically for early release.”

Lord Carlile, a former Liberal Democrat MP who had last year been tasked with reviewing the anti-radicalisation programme Prevent until he was stood down, said control orders would “deal with the legal problem of retrospectivity”.

Jonathan Hall, the current independent reviewer of terrorism legislation, said while it may be possible to change the release conditions for offenders who have already been convicted of terrorist offences, the Government was likely to face stiff opposition.

“If you are simply changing the way sentences are implemented it may be lawful.

“I would expect there would be a big legal battle about it, but it is not impossible,” he told BBC Radio 4’s The World At One.

He added: “The difficulty is that you are only – for this cadre of offenders with short sentences – delaying the point at which they are going to be released.

“Obviously it is crucial that when they are released they are subject to licence conditions, because that provides a huge amount of power, if it is used effectively, for probation services either to recall people, where there is evidence they are a risk, or to change the licence conditions that manage how they behave.”