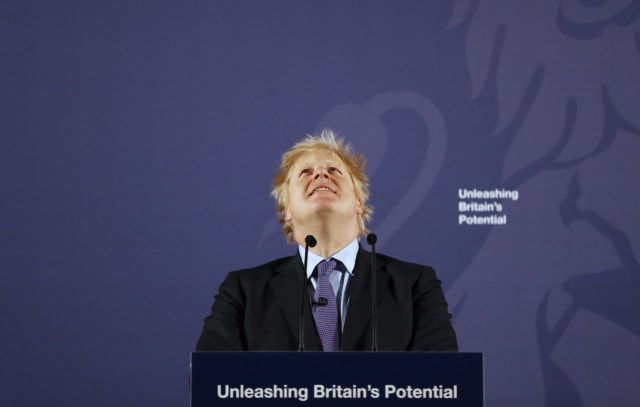 The UK and European Union are on collision course for a Brexit trade battle as Boris Johnson and Michel Barnier set out competing visions of the future relationship.

Major stumbling blocks are already obvious, just days after the UK left the European Union, with battles over fishing and the application of a "level playing field" on issues including state subsidies, environmental standards and workers' rights.

The Prime Minister insisted there was "no need" to abide by EU rules and said that British fishing grounds are "first and foremost" for UK boats.

But the EU's chief negotiator Michel Barnier said that allowing European trawlers into British waters was "inextricably linked" to securing a trade deal.

And he pointed to the joint Political Declaration, agreed with Mr Johnson, which committed the UK to"robust commitments to ensure a level playing field".

The Prime Minister used a speech in Greenwich, south-east London, to stress his commitment to free trade – and signal his determination to secure an arrangement with Brussels along the lines of that agreed between the EU and Canada.

"There is no need for a free trade agreement to involve accepting EU rules on competition policies, subsidies, social protection, the environment or anything similar, any more than the EU should be obliged to accept UK rules," he said.

"The UK will maintain the highest standards in these areas, better in many respects than those of the EU, without the compulsion of a treaty."

Mr Johnson confirmed that if a Canada-style agreement was not possible, he would be prepared to walk away without a full trade deal, like Australia's relationship with the EU.

"The question is whether we agree a trading relationship with the EU comparable to Canada's or more like Australia's and I have no doubt that in either case the UK will prosper mightily," he said.

While the Government was ready to consider an agreement with Brussels on fisheries, "it must reflect the fact that the UK will be an independent coastal state from the end of this year, controlling our own waters".

"Under such an agreement there would be annual negotiations with the EU, using the latest scientific data, ensuring British fishing grounds are first and foremost for British boats."

Shortly before Mr Johnson spoke, the EU set out its draft negotiating mandate, calling for "reciprocal access" for fishing vessels, and stating that a free trade area with no tariffs or quotas was contingent on a "level playing field ... ensured through robust commitments".

"But we are constrained by the decision, if it's confirmed, the decision of Boris Johnson to leave the single market and the customs union at the end of this year."

Mr Barnier, who said he had a "very direct and frank relationship" with the Prime Minister, suggested it would not be possible to complete the whole deal within 11 months.