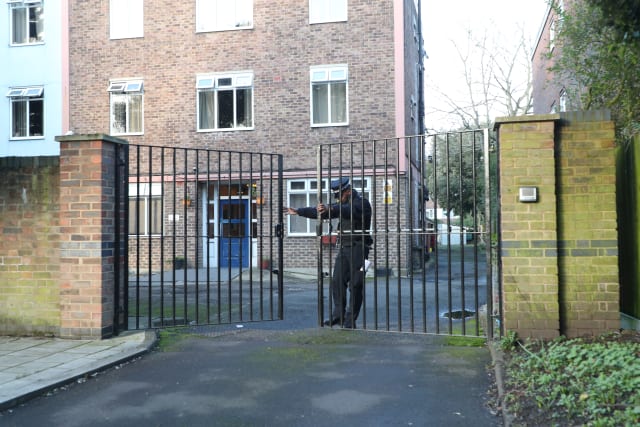 An address in south London – believed to be a bail hostel – remained cordoned off by police on Monday following a knife attack.

Metropolitan Police officers were at the three-storey building in Leigham Court Road, which is listed online as a probation and bail hostel.

It comes after Sudesh Amman, 20, was shot dead by police following a stabbing attack in Streatham High Road on Sunday.

Builder Andrei Marius, 40, who lives opposite the building, said : “We came home about 7pm yesterday and we saw the police outside. There was about three police cars out there, and the officers were in and out all night.

“I’ve always known the building was a bail hostel. We read the news about what happened, so we thought it was linked.

“It’s madness. It is not really safe for us to have people like that living close to our homes.”

Fatima Amaral, 62, who also lives nearby, said: “When I first moved here my eldest son told me not to because there was a hostel in front of the house, but I have never felt threatened.

“I feel safe here, but this is really scary. I feel like I should be locking the doors even more often.”

At 9am on Monday, a police van remained outside the hostel, while officers could be seen inside the premises.