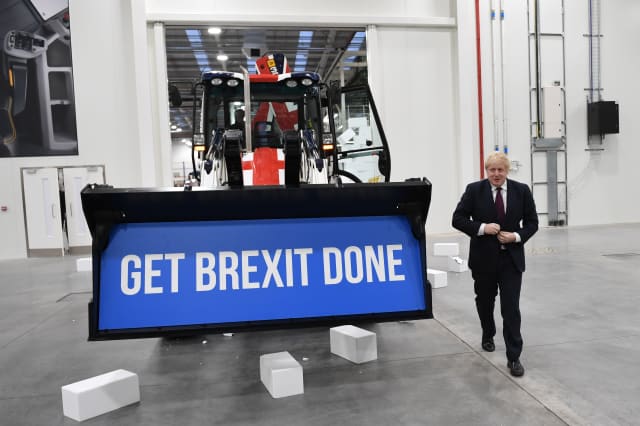 Boris Johnson has insisted that he has not banned the use of the word Brexit but that it is “receding behind us in history”.

The Prime Minister did not use the term describing the UK’s withdrawal from the European Union at all during his 3,400 word speech on “unleashing Britain’s potential”.

Following the speech in Greenwich, Mr Johnson was asked whether the term “Brexit” had been banned.

He replied: “It’s not banned, it’s just over. It has happened.

“It is like the glorious revolution that preceded the events chronicled above.

“It is gone – I won’t say it’s like the Big Bang or the Norman conquest – but it is receding behind us in history and that’s the approach we should take to it.”

Britain left the EU on Friday, but has now entered an 11-month long transition period during which it will attempt to strike a free trade deal with the bloc.