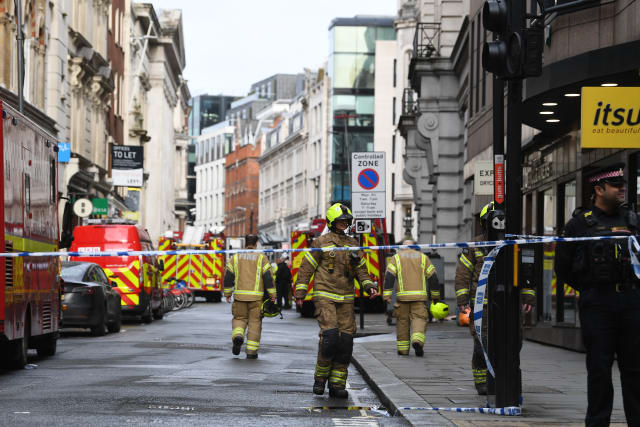 Eleven people have been evacuated from nearby flats as firefighters continue to battle a fire in London’s historic law district.

About 150 firefighters and 25 fire engines were called to a six-storey office building in Holborn’s Chancery Lane at 10.40pm on Saturday following reports of a fire on the roof.

London Fire Brigade advised that a large amount of the roof and part of the fifth, fourth and third floors remain alight as of 7am.

About 28 people left the building before emergency services arrived.

City of London Police also advised that a number of road closures are in place around Chancery Lane and urged people to avoid the area if possible.