A woman who tried to force oral sex on a stranger in his own home in exchange for a £5 bus fare has been jailed.

Michelle Hall, 54, showed up randomly on the victim's doorstep in Huntingdon, Cambridgeshire, at 11.25pm on October 16 last year. 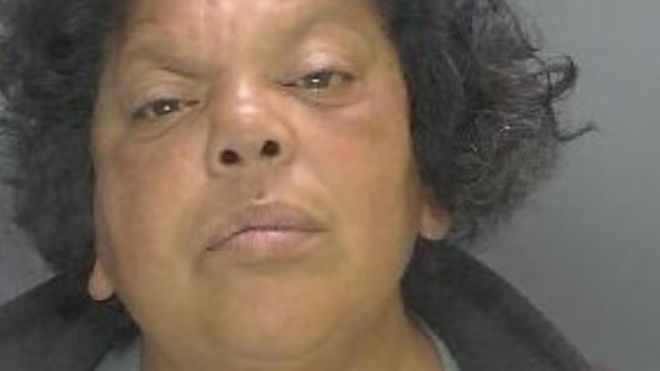 She asked the man if he would give her £5 for a bus into Peterborough city centre but the victim refused.

Hall then pushed her way past the victim, into his home and offered to perform oral sex on him in exchange for the money.

The victim again refused but Hall began groping him and tried to pull his trousers down, despite him repeatedly asking her to stop.

The terrified man called police and Hall fled into the town centre where she was picked up by CCTV cameras and arrested.

Hall admitted sexual assault after being detained, saying: "You don't have to take swabs, I'm guilty."

On Monday at Peterborough Crown Court, Hall, from Huntingdon, was jailed for 20 months and placed on the Sex Offenders Register for ten years.

PC Jess Porter said: "This has been a harrowing experience for the victim, who was forced to endure an unexpected ordeal in his own home.

"I would like to applaud the victim for having the courage to report this offence to police. Sexual offences can happen to anyone and we will always take allegations seriously."