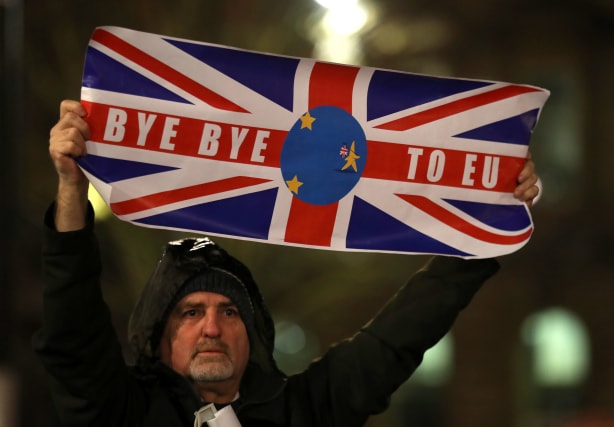 There have been mixed reactions in the newspapers to the UK’s withdrawal from the European Union, with some British dailies mourning as others praised the departure and Europe’s front pages seemingly move on.

The Guardian strikes a mournful tone on the “day we said goodbye” with a glum-faced bulldog, while inside economics editor Larry Elliott writes “a new era has begun” as the UK enters “a decade of potentially profound structural change”.

Tory MP Michael Gove writes in the Times that “the real meaning of the Brexit vote is re-invigorating out parliamentary democracy” and an apparently jubilant Daily Express entreats readers to “Rise and shine” for a “glorious new Britain”.

Brussels’ former tenant’s absence is notable through Belgian papers, with only Le Soir referring to the EU’s “new chapter” after 27 years.

The French express some interest in events across the Channel inside three major newspapers.

In the UK, the Sun says the “EU must grasp the new reality”, while the Daily Mirror shifts the pressure to London with a front page demanding “Now build the Britain we were promised”.

The front page of German national daily Die Welt is occupied by a graphic of John Cleese’s famous Ministry of Silly Walks paired with the headline “Liebe (love) Briten, you’ll never walk alone”, and the Hannoversche Allgemeine Zeitung’s editorial states that Brexit means “first and foremost the spirit of the continent has been lost”.

Italy’s La Repubblica asks whether the “schism” of Brexit signals a “nightmare”, while Dubai’s Khaleej Times shows a chain being snapped either side of the words “New dawn”.