Primary campaign gets under way to choose Democrat to challenge Trump 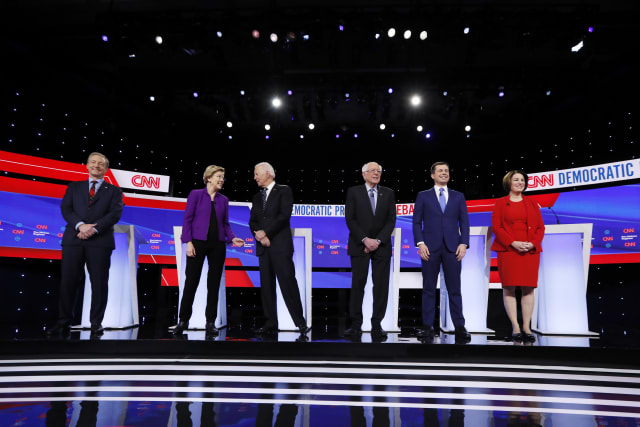 Voters in the US are finally starting to have a say on which Democrat should be the party’s nominee against Donald Trump in November’s presidential election.

After a year in which more than two dozen candidates entered the fray, the field has been whittled down to 11 as hopefuls have withdrawn after failing to win backing in the polls or raising enough funds to keep them in the running.

February 3 sees those still standing cross swords at the caucus in Iowa, a swing state Mr Trump took from the Democrats in 2016.

That will be followed by the New Hampshire primary contest a week later and then in early March by Super Tuesday where there are votes in 15 territories on the same day.

The final states vote in June.

Perhaps the most significant to fall by the wayside before the voters had their say is Kamala Harris, the California prosecutor who was seen as an early favourite but failed to make an impact.

The Democrat party is still licking its wounds from its defeat in 2016 when Mr Trump confounded the pollsters with a comfortable electoral college victory over Hillary Clinton, winning several key states from the Democrats, notably in the “rust belt” which covers the mid-west states that were formerly known for their heavy industry.

Although Mr Trump lost the popular vote by three million to former first lady and secretary of state Mrs Clinton, his electoral college victory was solid.

Those who hope to be Mr Trump’s opponent on the November 3 election day have been trying to convince voters they can win back the working class voters who were attracted by the president’s America First platform in which he vowed to defend US jobs.

Former vice president Joe Biden and senators Bernie Sanders, who has surged in recent polls, and Elizabeth Warren have all constantly polled double digits in the contest so far while.

Of the other candidates, Pete Buttigieg, the openly gay former mayor of South Bend, Indiana, has proven a formidable fundraiser.

There is a Republican primary too but it is widely assumed that Mr Trump and his vice president Mike Pence will be the party nominees in November’s election without opposition.

Although Mr Trump is being impeached, the trial verdict is likely to be in his favour because of the Republican majority in the Senate.