No alignment, no concessions – PM to reveal tough approach to Brexit talks 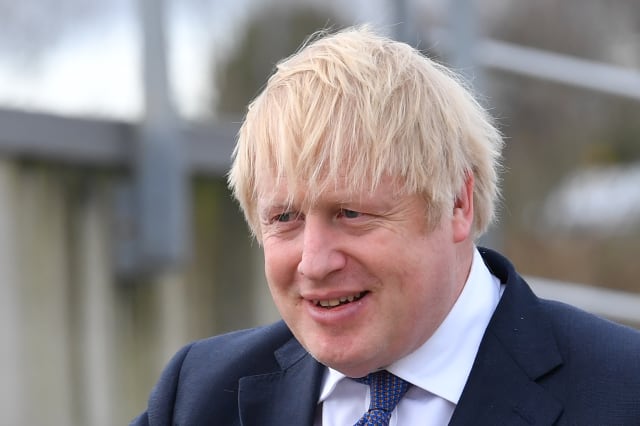 Boris Johnson will use his first speech since delivering Brexit to tell Brussels negotiators he is not afraid to accept border checks and that no concessions will be made.

The Prime Minister is due to lay out his plans on Monday for the upcoming negotiations with the European Union following the UK’s formal withdrawal from the bloc at 11pm on Friday.

Mr Johnson is expected to tell his audience – due to gather at a London venue with “historic trade ties”, according to insiders – that “no achievement lies beyond our reach”.

It is understood Mr Johnson will put his cards on the table in asking for a Canada-style free trade deal with Brussels – and he is expected to make clear he will accept no alignment, no jurisdiction of the European courts, and no concessions to any Brussels’ demands.

The EU has been calling for a level-playing field to be agreed, pressing for Britain to sign-up to adhering to Brussels-set environmental and social standards, as well as rules on state subsidies, to prevent the UK undercutting the single market once the transition period ends in 2021.

A Government source told PA news agency said: “There are only two likely outcomes in negotiation – a free trade deal like Canada or a looser arrangement like Australia – and we are happy to pursue both.”

Critics have hit out at the proposals, accusing the PM of adopting a “scorched earth” approach to the talks, in a move that flies in the face of his pledges to unite the country after Britain’s January 31 departure from the EU.

Mr Johnson will reveal his post-Brexit vision next week in front of an audience of national and international businesses, along with ambassadors to the UK from countries across the globe.

The EU is expected to publish its own negotiating mandate on the same day, in preparation for the start of the formal discussions in March, which will take place in both London and Brussels.

November marks the deadline for finalising a deal, with agreements on financial services and fishing due to be announced beforehand in June.

The tough approach to the talks from the Conservative Party leader means Britain could face stunted economic growth and customs checks.

The so-called Canada model – previously offered to the UK by Brussels’ chief negotiator Michel Barnier as an off-the-shelf solution for a trade deal – allows for almost complete tariff-free trade in goods, but entails some border checks and does not include the UK’s dominant services sector.

Analysis undertaken by the Treasury in 2018 predicted that Britain’s economy would be 4.9% worse off under such a deal within 15 years, when compared with expected growth if it had remained in the EU.

Government sources suggested Mr Johnson will state firmly that the NHS is not on the table in any trade talks – and that workers’ rights, food hygiene standards and environmental protections will not be relaxed.

The PM is set to announce that he has ordered his crack team of negotiators to pursue free trade agreements with the likes of the United States, Japan, Australia and New Zealand at the same time as going back and forth with Brussels.

The former foreign secretary is expected to go so far as to name areas in the UK that would benefit from increased trans-Atlantic relations, with Liverpool and Glasgow said to be on the list.

Sir Ed Davey, acting leader of the Liberal Democrats, said Mr Johnson was backtracking on his promise of uniting the nation following years of division over Brexit.

“Boris Johnson talks about bringing the country together and building a prosperous future,” said the former Cabinet minister.

“Neither of those things can be done by deliberately hollowing out our existing trade relationships with our most important economic partners. This is nothing short of a scorched earth policy.

“Johnson is only interested in bringing the Brexit vote together, not the country. He is more than happy to leave the 48% behind.”

As well as the PM’s keynote speech, a ministerial statement will also be issued setting out the Government’s position on its impending negotiations with the EU.