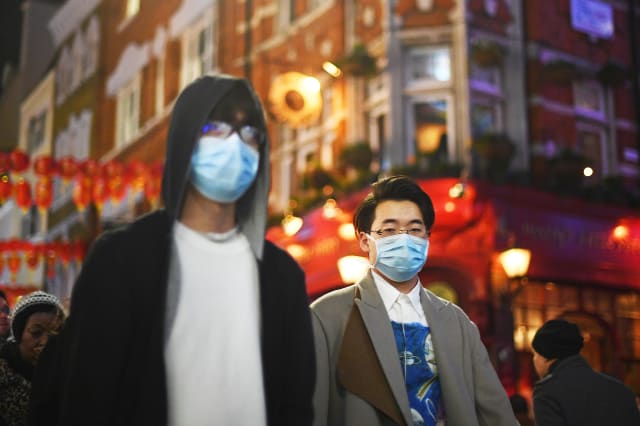 A public health campaign warning people how to slow the spread of coronavirus has been launched by the Government.

It comes as 83 Britons spent a second night in quarantine and efforts continue to get others out of the Chinese city of Wuhan.

A “small number” of UK nationals are set to join the dozens at Arrowe Park Hospital in Merseyside on Sunday, according to the Liverpool Echo, after travelling from China on alternative flights, although the Foreign Office and Department of Health declined to confirm this.

A University of York student and their relative remain the only two confirmed UK cases with a virus that has killed more than 250 people in China.

From Sunday, advertisements advising people to use tissues when sneezing or coughing and wash their hands regularly will appear in newspapers, on the radio and on social media.

The ads will also target publications and forums known to be read by Chinese nationals in the UK, the Department of Health said.

Health Secretary Matt Hancock said UK medics are working “round the clock” to prevent the spread of the illness, but added the general public can do its bit.

He said: “Basic hygiene such as washing our hands regularly and using tissues when we cough and sneeze can play an important role in minimising the spread of viruses like this.”

The Foreign Office, which has withdrawn some staff from China and closed the British Consulate-General in Wuhan, said it is continuing to work with EU countries to add remaining Britons to any rescue flights they may charter back from Wuhan.

One British man in the city said he had been offered a space on a French evacuation flight, but told of his fears of being left stranded in the city after deciding he could not leave his nurse wife behind when she could not get the time off work.

A spokesman for the Foreign Office (FCO) said: “The Government is in touch with British nationals who remain in Wuhan, and are doing everything we can to bring them home as safely and quickly as possible.”

In yet another blow to China, where officials said the number of known cases of the virus has risen to more than 11,000, technology giant Apple announced it is temporarily closing its 42 shops there until February 9 – and Qatar Airways became the latest airline to suspend flights to the mainland.

Some of the 83 Britons holed up in Arrowe Park Hospital in Merseyside shared video footage of their first hours in a locked NHS staff accommodation block following their arrival back in the UK on Friday’s evacuation flight.

They showed the food and other essential items they had been provided with, and referenced entertainment including televisions and Playstations – which will help them while away their 14 days in isolation.

The University of York’s vice-chancellor, professor Charlie Jeffery, acknowledged the “concern and anxiety” among students and staff when details of one of the UK’s two cases were confirmed.

But the university said the wider risk remains low as investigations revealed the unnamed student has not been on campus since being infected, and was not there in the period beforehand either.

Public Health England is continuing to work to try to trace people who had close contact – defined as being within two metres of the infected person for 15 minutes – with the pair, who had checked in to the Staycity apartment-hotel in York and are now being treated at a specialist unit in Newcastle.

One expert called on health bosses coordinating the response to the virus to share more information about any future cases sooner in order to reassure people.

Professor Paul Hunter, from the University of East Anglia, said the York location and dates on which people might have come into contact with the two confirmed cases could have been provided so people knew whether they were at risk or not.

The university has advised people concerned about their health in relation to the disease to call 111, and have also set up a call centre over the weekend.

The UK risk level from coronavirus remains at moderate, having been raised from low last week, on the same day the World Health Organisation (WHO) declared an international public health emergency.

The United States has declared a public health emergency, with an order temporarily barring entry for most foreign nationals who have travelled in China within the last 14 days.

Many other countries have said they plan to quarantine evacuees for two weeks to avoid spread of the virus.

Evacuation flights by European governments out of Wuhan – where the virus was first identified – are expected to continue, with a plane carrying 128 people landing in Germany on Saturday and more flights planned for Sunday.

Russia, Mongolia and North Korea have announced that they will close their land borders with China to guard against the spread of the virus.