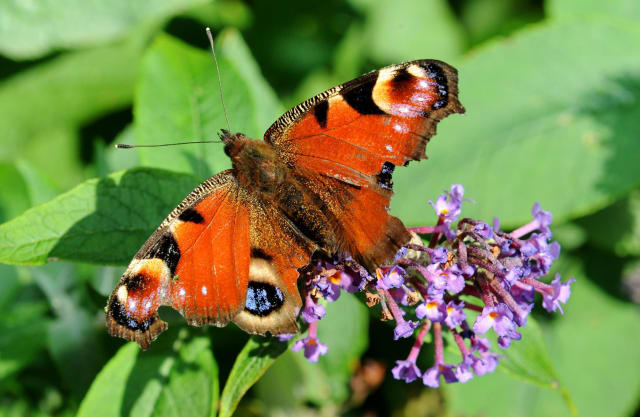 Wildlife is being confused by “lost” winters, conservationists warn as butterflies, newts and nesting blackbirds are spotted earlier than normal.

The latest data from Nature’s Calendar, which asks members of the public to record signs of the changing seasons, shows that active butterflies and newts and blackbirds building a nest have already been spotted months before normal.

And analysis of the conditions in 2019 found that all but one of the 50 spring events the scheme tracks were early last year, amid warmer winter temperatures.

The Woodland Trust, which runs the Nature’s Calendar scheme, warns that many species are losing their seasonal cues as winters warm and seasons shift.

Some could be tempted out of hibernation too soon, and be hit by plummeting temperatures amid increasingly erratic weather, while some birds appeared to be breeding too late to make the most of vital food sources, the Trust said.

Lorienne Whittle , Nature’s Calendar citizen science officer at the Woodland Trust said: “It seems that last year we almost lost winter as a season – it was much milder and our data shows wildlife is responding, potentially putting many at risk.

“Our records are showing random events such as frogspawn arriving far earlier than expected, possibly to be wiped out when a late cold snap occurs.’’
And she said: “It appears that some species are able to adapt to the advancing spring better than others.

“Oak trees respond by producing their first leaves earlier and caterpillars seem to be keeping pace.

“But blue tits, great tits and pied flycatchers are struggling to react in time for their chicks to take advantage of the peak amount of caterpillars, the food source on which they depend.’’

This winter’s surprise sightings include two December records of peacock butterflies on the wing in Kent and Cornwall, thought to have been woken early due to mild weather in the south of the country,  and a red admiral in the Channel Islands.

Active newts were recorded in late December in Cheshire and a blackbird was spotted building a nest at the beginning of January.