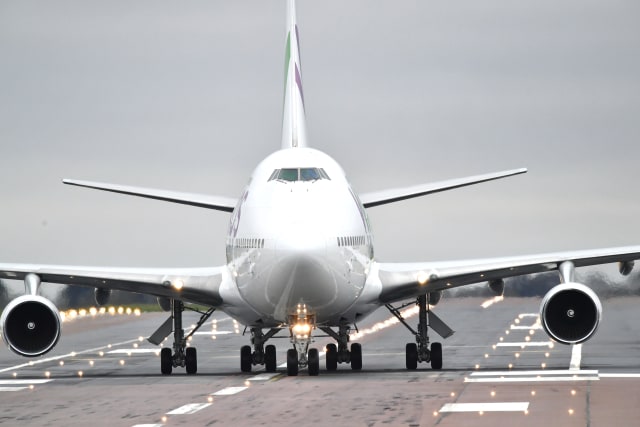 Airport staff have raised concerns over a lack of protective equipment as the new coronavirus continues to spread.

Staff at Manchester Airport working for a Chinese airline told GMB union they were given face masks but not gloves or hand sanitiser.

The worker said: “Passengers put their passports in their mouths and the staff are touching them.

“They’ve only been given masks. I asked a manager about gloves, wipes and hand gel.

And employees at East Midlands, Liverpool and Stansted airports said there was not sufficient protective equipment, the union said.

Nadine Houghton, GMB national officer, said: “No one should have to go to work worrying about whether they’ll be exposed to a killer infection.

“The coronavirus is spreading across the world and everyone needs to do what they can to stop it.

“Surely protecting airport staff is the most basic requirement to keep us all safe?”

The coronavirus is believed to be spread through droplets from coughs and sneezes and may also be able to survive on surfaces for an unknown period of time.

The outbreak was declared an international public health emergency by the World Health Organisation, and it has now spread to at least 23 other countries outside of China.

Two cases were confirmed in the UK on Friday.

Meanwhile, Unite union said the welfare of its workers at Arrowe Park hospital was a “prime concern”.

Dozens of British passengers evacuated from Wuhan will be bussed to the hospital and quarantined in a NHS staff accommodation block for two weeks.

Staff originally occupying the accommodation on the Wirral will be put up in hotels.

Unite regional officer Derek Jones said: “Staff at the hospital will not be asked to treat those being quarantined as this is being dealt with centrally by the Department of Health and Social Care.”

He continued: “The staff, who were asked to leave the residential blocks at short notice to accommodate those flying in from China, are being put up in hotels and apartments at NHS England’s expense.

“Unite is satisfied that this emergency is being dealt with in a professional manner, but we will be monitoring how the situation develops in the coming days as the welfare of NHS staff remains a key concern.”

Wirral University Teaching Hospital NHS foundation trust confirmed the passengers will be isolated in a separate building to the hospital and that patients should attend appointments as normal.

In a statement on Twitter it said: “This is a separate building and not a hospital ward.

“In addition, staff working in the hospital will not, at any time, be in contact with the people in isolation.”