Unionists welcome pension scheme rules for those injured during Troubles 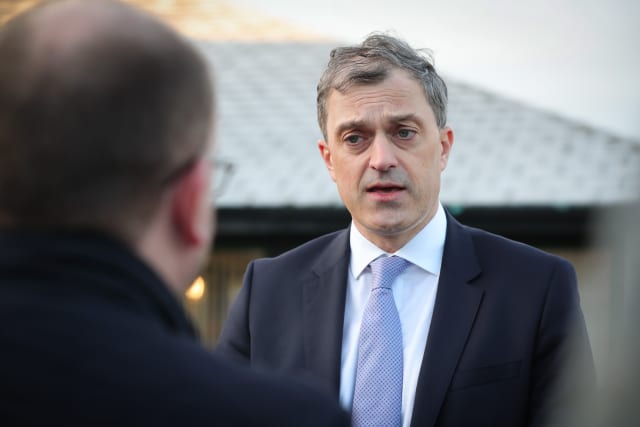 Regulations for a new pension scheme for those injured in Northern Ireland’s troubled past have been welcomed.

The scheme will be open to applicants injured between 1966 and 2010.

However those injured in an incident that they were convicted of playing a part in will not be eligible.

This represents a shift from the definition of a victim contained in the Victims and Survivors Order, which includes anyone who has been “physically or psychologically injured as a result of or in consequence of a conflict-related incident”, but made no reference to an individual’s culpability.

Payments to successful applicants will be backdated to 2014 when the Stormont House Agreement first proposed a pension for the injured.

In some cases, a relative of those injured may qualify for the scheme.

While many applications are expected to be straightforward, a judge will chair a committee with discretion to decide on those cases that are less clear cut.

The funding for the scheme is expected to come out of the region’s block grant from Westminster.

The NIO will work with the Northern Ireland Executive to design an application process.

Applications are expected to open by the end of May.

Officials are expecting at least 2,000 applications to be made.

Payments granted will range between £2,000 per year to £10,000 per year depending on the severity of someone’s injury.

First Minister Arlene Foster welcomed the regulations as a “massive and welcome step forward for the innocent victims of our Troubles”.

“It is particularly welcome that this pension will only be for those who were injured through no fault of their own,” she said.

“It was immoral that the 2006 Order categorised innocent victims alongside the perpetrators of acts of terror.

“This pension will be awarded to people of all faiths and none but it will not be awarded to victim makers. That will be welcomed by many across all communities.”

Ulster Unionist MLA Mike Nesbitt welcomed the laying of the regulation before Parliament, a day he said “many feared might never come”.

He paid tribute to those involved in campaigning for the pension, adding that he hopes the announcement will “bring some relief and comfort to those who have waited so long to receive support and recognition for the hurt and burden caused to them through no fault of their own”.

“Of course we will continue to monitor the scheme to make sure it is fit for purpose, but I am glad there is finally light at the end of the tunnel,” he said.

“The decision to extend the parameters of the scheme to 2010 when policing and justice were devolved to this region and the presence of further scope to examine cases beyond this point on their individual merits is a welcome step,” he said.

“We also very much welcome the appointment of a discretionary committee, to be led by a judge or retired judge, which will have the power to exclude applicants with unspent convictions and individuals where a payment isn’t deemed to be in the public interest.

“Where we have concerns today is that those victims and survivors who are not UK citizens but who were impacted by the Northern Ireland troubles, particularly Irish citizens impacted by events perpetrated in the Republic of Ireland will be excluded.”