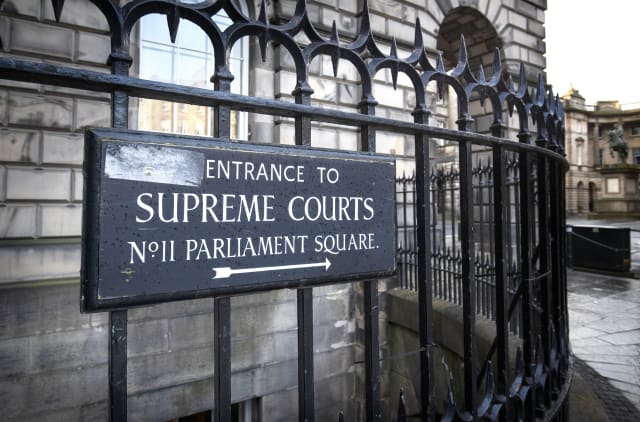 The Supreme Court will hear Government lawyers arguing to deny the retail sector a £430 million lifeline on the same day Sajid Javid will deliver his first Budget since the general election.

Judges at the Court of Appeal ruled in November 2018 that cash machines within existing properties – either inside or outside – should not be subject to separate business rates bills.

They ordered the Government to repay the money and confirm there would be no future tax demands.

But retailers were denied a tax stimulus when the Valuation Office Agency, an executive agency of HM Revenue & Customs, decided to take the case to the highest appeal court in the UK.

The decision now creates an unusual situation where Chancellor Mr Javid is set to unveil his plans in the House of Commons to reduce the business rates burden on the high street while at the same time on the opposite side of Westminster Square, lawyers will argue to withhold £430 million.

Supreme Court listings show the case, on March 11, will last for two days.

If the decision is upheld, retailers will receive £428.69 million in reimbursement of erroneous bills sent out on more than 15,000 cash machines in England and Wales during the last decade, according to the real estate adviser Altus Group.

Robert Hayton, head of UK business rates at Altus Group, said: “The Government seem to be giving with one hand but trying to take with the other”, referring to measures introduced to help the high street by reducing business rates bills in England by a third this current financial year for small properties.

The Supreme Court hearing is the final chapter in a long battle for retailers, following a decision in 2013 to charge separate business rates on “hole-in-the-wall” cashpoints.

Retailers saw their rates bills soar, after the changes, with demands backdated to 2010.

Several challenges later, the top judges in the country will now settle the dispute, but not before retailers started removing ATMs from stores.

Mr Hayton explained that during 2019 alone, retailers withdrew 559 ATMs from their stores as they sought to reduce their tax liabilities given the ongoing legal dispute.

It comes at a time when banks are also closing sites, leading to warnings that households in rural areas could struggle to access cash, or become more likely to be charged a fee to withdraw money.

But in 2018, Lord Justice Lindblom of the Court of Appeal, said the Government was wrong to make the changes to rates bills on ATMs.

He said: “None of the alterations to the rating list should have been made by the Valuation Officers.”

Mr Hayton said retailers, including small convenience stores, as well as major supermarkets, had been left extremely frustrated, explaining “banks are closing branches and people are facing an uphill battle to access their cash yet retailers were squeezed for yet more tax despite picking up the slack providing a vital service”.