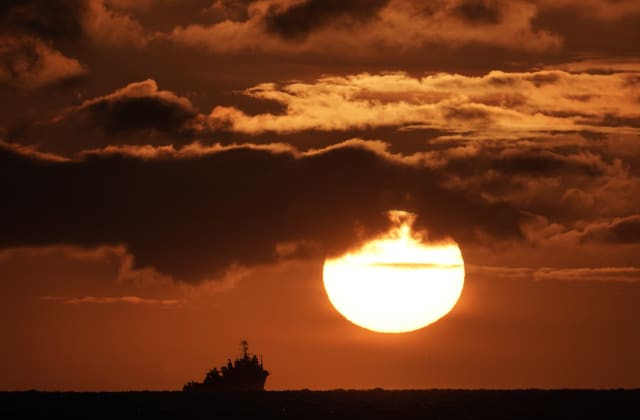 The sunlit uplands promised by Brexiteers look set to become a reality as the UK enters its first full day outside the EU – in weather terms at least.

As dawn breaks, the clouds are expected to clear, leaving much of the country bathed in sunshine on an unseasonably mild winter day.

The bright start to the UK’s so-called independence day is likely to please Prime Minister Boris Johnson, who has hailed the departure as the “dawn of a new era”.

Following a tumultuous three-and-a-half-years, even the February 1 forecast is split along Leave-Remain lines.

People in England and Wales, where the majority voted for Brexit, will enjoy a bright, mild morning.

But it will be a cloudy, wet and windy start in Remain-voting Scotland and Northern Ireland.

Bonnie Diamond, a meteorologist with the Met Office, said: “It does look like around dawn the cloud will clear in southern England and after that it will turn into a clear, mild day with decent spells of sunshine.

“In Northern Ireland and Scotland, it’s a different story. It’s windy with blustery showers and cloudier.”

Saturday is expected to reach a high of 13C in the south east of England, more than double the average maximum of 6C for this time of year.

All hope is not lost for Scotland and Northern Ireland though, with Ms Diamond saying “things will start to brighten up” into the evening.