Pension will recognise ‘bravery and fortitude of those injured in Troubles’ 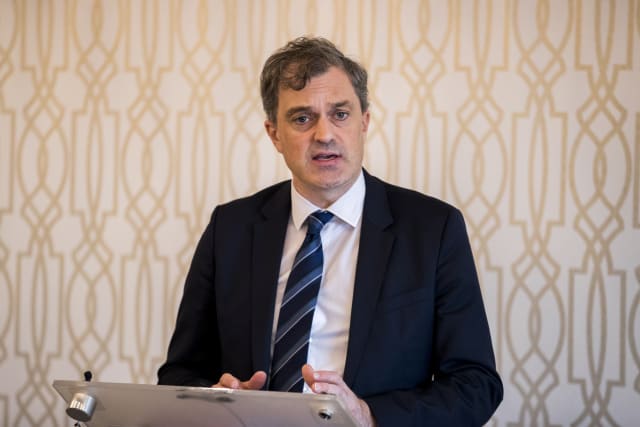 A pension scheme for those severely injured in Northern Ireland’s troubled past will provide much-needed acknowledgement as well as financial support, Julian Smith has said.

The scheme has been welcomed by the DUP, but criticised by Sinn Fein over the exclusion of those that were convicted of playing a part in the incident in which they were injured.

In an open letter, Mr Smith paid tribute to those who “have got on and lived with the life-limiting effects of serious injury in the Troubles”.

“Northern Ireland has come a long way since the dark days of the Troubles, and one of my priorities as Secretary of State has been the creation of a victim-centred scheme that is transparent, balanced and easy to use,” he wrote.

Mr Smith went on to describe discussions over the scheme, which was first agreed by the parties in 2014, as having “gone on long enough”.

“The time has come to get this done and deliver for those people who will benefit most,” he wrote.

“On Friday I signed new regulations that will mean those injured in incidents during the Troubles receive annual payments for the rest of their lives to support them.

“This scheme is intended to provide much-needed acknowledgement, and a measure of additional financial support, to people injured through no fault of their own in a Troubles-related incident, some of whom are struggling to make ends meet.

“It is right that we recognise the bravery and fortitude of those people who have fought hard for too long to see such a scheme. It is right that as a society we acknowledge the terrible harm caused to people injured in the Troubles.”

Mr Smith said his officials listened carefully to responses to the public consultation, and introduced new rules “so that the needs of those injured in the Troubles through no fault of their own receive the recognition that they deserve”.

“For the first time, we will also ensure that payments can transfer to partners and carers who look after those still living with their injuries,” he said.

“An independent judge-led board will make decisions on whether payments should be made where there is compelling evidence that a payment would not be appropriate.

“The new regulations will mean victims can apply for payments from May, and have been designed to increase the support to those seriously injured and traumatised in the Troubles.

“It puts victims and their needs at the heart of the Government’s approach to dealing with the legacy of the Troubles.”