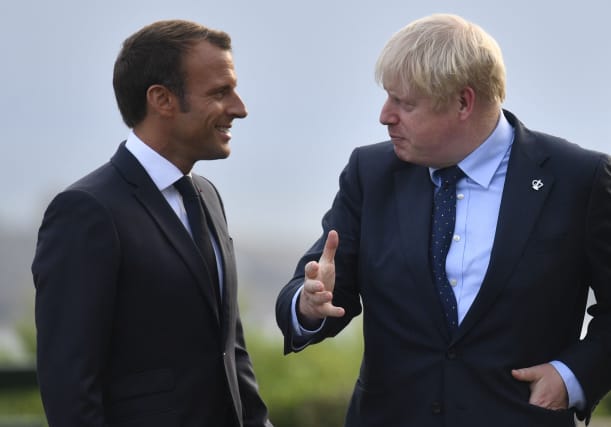 French president Emmanuel Macron has taken a thinly veiled swipe at Boris Johnson by claiming the Brexit campaign was “based on lies”.

The Prime Minister was the frontman of the Vote Leave campaign which secured the UK’s departure from the European Union in the 2016 referendum.

As the UK prepared to leave the bloc, Mr Macron said Brexit was an “alarm signal” which should be heard across the EU.

The French president said: “At midnight, for the first time in 70 years, a country will leave the European Union.

“It is a historic alarm signal that must be heard in each of our countries.”

President Macron said France had always respected the decision taken by the British people in the 2016 referendum.

But he restated his belief that much the referendum campaign was “based on lies, exaggerations, simplifications, cheques that were promised and will never be delivered”.

The French president, who said he would visit the UK soon, has repeatedly called for the EU to reform.

He said it should be “more sovereign, more democratic, closer to our citizens” so that “the desire to leave Europe will never again be the response to difficulties today”.

He also sought to reassure French citizens living in the UK that there rights will be “maintained, preserved, defended”.

“They are in France, their home. They are today, they will be tomorrow.

“There will be unfortunately some practical consequences.

“They won’t any more be EU citizens and for those who have not asked for French citizenship, they can no longer, for example, stand for office in municipal elections. But the consequences are minimal.”