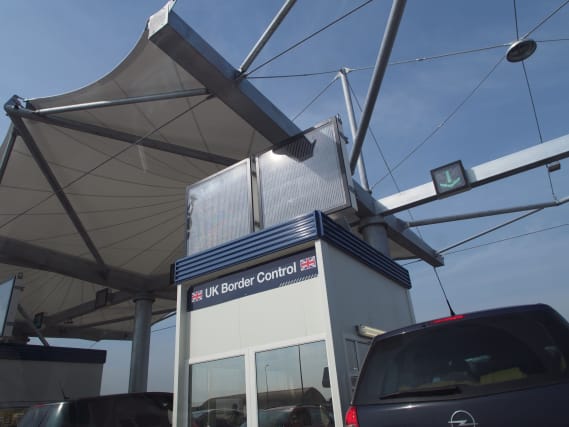 French newspapers have marked Britain’s departure from the EU, but a number have questioned how much will actually change after Brexit.

Calais’ own local newspaper, in the town which has been one of the focal points for those concerned about trade and movement of goods, played down concerns about alterations or disruption.

Nord Littoral noted on its front page that “it’s today that the United Kingdom officially quits the European Union” but the headline stated: “Brexit: the change is not now.”

The regional paper for the northern region led with the “divorce”, and also carried a large image of the town’s port, which a large proportion of British and European freight passes through.

The sentiment was echoed in the national press, as Aujourd’hui, one of the country’s most popular daily papers, bid farewell with the headline “Bye Bye”, alongside a man draped in a Union flag.

However, it also asked: “What will this historic divorce really change?”

Among others, there was some concern about the future relationship between Britain and France post-Brexit, as Le Monde called today Europe’s entry “into the unknown” and said Brexit diplomatically weakens the whole union.

It also described French businesses as “suspended” as they await a trade deal between Britain and the bloc.

The front page was dominated by an image of a diplomat crying, with an EU and Union flag scarf around his shoulders, as the exit deal was ratified in the European Parliament in Brussels on Wednesday, and quoted British historian, Ian Kershaw, as saying “identity has taken precedence over everything”.

Les Echos also paid tribute to “Europe without them”, but proposed that the “heavy consequences” of Britain quitting could help Europe “bounce back”.

The UK’s official departure will come at midnight French time on Friday.

Across the Channel, at 11pm in the UK, Brexiteers will gather in London’s Parliament Square for a party led by Nigel Farage, while Union flags are already flying around Westminster.

In official events, Downing Street will be illuminated with a light show and a new 50p coin will enter circulation.