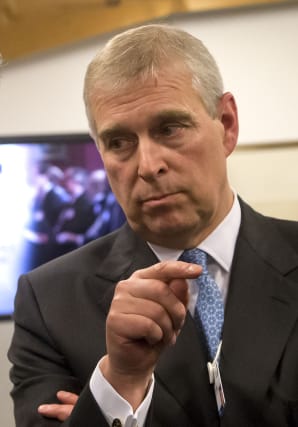 The Duke of York has been told to “do the right thing” and talk to FBI investigators by the woman who alleges she had sex with the royal after being trafficked by Jeffrey Epstein.

Virginia Giuffre has spoken on social media to urge Andrew to come forward and be interviewed about his friendship with Epstein, a convicted sex offender who committed suicide in jail while facing sex trafficking charges.

“The world is over the lies, the cover ups and the simple fact that privilege buys your way out of facing the music.

“Do the right thing, if not for me then the countless other Epstein victims who deserve the truth!”

Below her words were a mock-up of a “missing person” poster with the headline Have You Seen This Prince and a picture of Andrew, details of his height, date of birth, eye and hair colour, and the last time he was seen.

US lawyer Geoffrey Berman, who is leading the Epstein sex trafficking inquiry, told a news conference on Monday, outside Epstein’s New York mansion, the duke had “provided zero cooperation”, claiming his lawyers had been contacted by prosecutors and the FBI as part of the probe.

But a few days later Andrew was reported to be “angry and bewildered” at the claims by the US authorities, with the Telegraph quoting a source as saying: “The duke is more than happy to talk to the FBI but he hasn’t been approached by them yet.”

Reports later said the investigators stood by their comments that they had tried to contact Andrew’s lawyers.

Ms Giuffre, who claims she was trafficked by Epstein, said in an interview with BBC Panorama that she was left “horrified and ashamed” after an alleged sexual encounter with Andrew in London in 2001.

He stepped down from royal duties in November following a disastrous Newsnight interview about his friendship with Epstein and said during the programme: “I am willing to help any appropriate law enforcement agency.”

Following the interview, he was accused of failing to show regret over his friendship with the disgraced financier, and empathy with his victims.