Coronavirus: What will happen to the British people being quarantined? 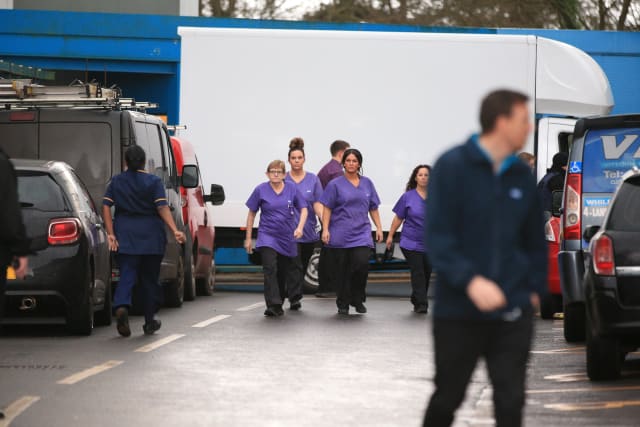 Dozens of British people evacuated from Wuhan in China are to be placed into quarantine for two weeks on Friday.

A Foreign Office-chartered plane carrying 83 Britons, and foreigners, lands at the Brize Norton RAF base in Oxfordshire in the afternoon.

It is understood the British passengers will be taken to an NHS facility on the Wirral to be quarantined for 14 days.

The British passengers on the evacuation flight – who have mainly been in Wuhan and the surrounding Hubei province – had to sign a contract agreeing to isolation before they could board the flight, and underwent temperature checks.

On arrival, they will be taken by bus to Arrowe Park Hospital on the Wirral for a quarantine period of 14 days, where they will be housed in an NHS staff accommodation block with access to the internet.

Anyone with suspicious symptoms will be taken to the nearby Royal Liverpool and Broadgreen Hospital, which has a high-level infectious diseases unit.

The quarantine period will give medics time to see if any of the group develop symptoms or test positive for the virus.

They are being isolated for two weeks because this is the maximum time it is thought to take for symptoms to emerge if a person has been infected.

There has been speculation over whether the virus can be transmitted by people showing no symptoms.

It is understood that those quarantined will be given fully furnished rooms, food and laundry facilities, while kitchens are available if people wish to self cater.

Any families will be able to stay together and there will be no charge for the accommodation.

A team of medical staff, who will wear protective suits, will closely monitor their condition.