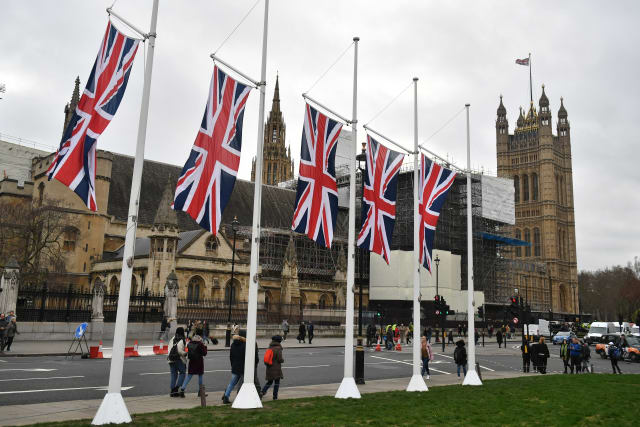 European leaders have warned Boris Johnson that Britain faces a more distant relationship with Brussels after Brexit if it insists on leaving the EU’s regulatory orbit.

As Brexiteers prepare to celebrate the UK’s withdrawal at the stroke of 11pm on Friday, in European capitals there was sadness at the breaking of a bond dating back 47 years.

But the expressions of regret were accompanied by warnings of a tough battle ahead as the two sides prepared to embark on talks on a free trade agreement.

European Council president Charles Michel said Britain’s stated determination not to align with EU rules meant it could not expect the same levels of market access.

“The more the UK will diverge from the EU standards, the less access to the single market it will have,” he told a news conference in Brussels.

European Commission president Ursula von der Leyen said relations with the UK would never be as close once it is outside the EU.

“We want to have the best possible relationship with the United Kingdom, but it will never be as good as membership,” she said.

Earlier, in a BBC interview, she made clear the EU would battle to protect the integrity of the single market in the negotiations.

“Negotiations will be fair. But, of course, each side will fight for their interests,” she said.

Her comments reflect a determination to prevent the UK undermining EU rules and regulations through undercutting.

“We are moving further away from the orbit of EU rules and laws,” he told the BBC.

“For example, on migration, we can decide what the right policy is, who should come here and on what terms.”

A No 10 spokesman added: “You can only have fully frictionless trade if you accept their rules. We have been clear we will not be doing so.”

In a symbolic move, Mr Johnson chaired a meeting of the Cabinet in Sunderland, the city which was the first to back Brexit when results were announced after the 2016 referendum.

And in what Number 10 billed as an “address to the nation” released an hour before the moment the UK leaves the EU, the Prime Minister will promise to heal the bitter divisions opened up by Brexit.

He will say: “Our job as the Government – my job – is to bring this country together and take us forward.”

“It is a moment of real national renewal and change.

“This is the dawn of a new era in which we no longer accept that your life chances – your family’s life chances – should depend on which part of the country you grow up in.”

The address was being filmed by Downing Street rather than one of the national broadcasters in the latest clash between Number 10 and the media.

Traditionally, speeches by the PM in Number 10 have been recorded by a single broadcaster and then shared with other television networks, in what is known as a “pool” system.

Mr Johnson will spend the evening in No 10 hosting a celebratory reception for senior ministers, officials, and supporters of the 2016 referendum campaign to leave the EU.

On Parliament Square, Brexiteers will gather for a party led by Nigel Farage, while Union flags are already flying around Westminster.

In official events, Downing Street will be illuminated with a light show while a new commemorative 50p coin is entering circulation.

The Belgian capital has dressed its famous Manneken Pis statue of a urinating boy in a John Bull costume, complete with Union flag waistcoat.

In Northern Ireland, the campaign group Border Communities Against Brexit was staging a series of protests in Armagh, near to the border with the Republic of Ireland.